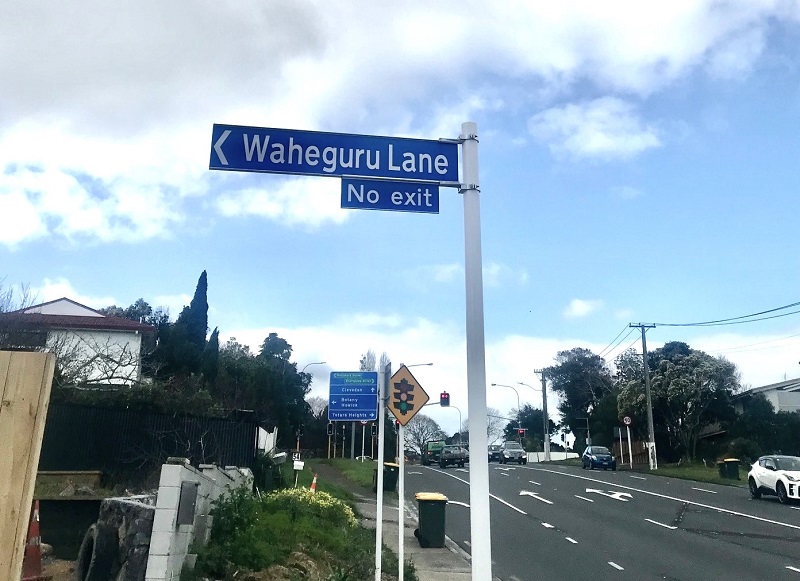 A Street in Manukau city, suburb in south Auckland, New Zealand has been named as “Waheguru Street” to honour Sikhs. Waheguru Lane is a passage off Redoubt Road in Manukau City. Waheguru is a revered expression of Sikhs meaning “Wonderous Enlightener”. Waheguru Lane is a result of the initiative of Harry Singh, of Sunshine Homes, who developed 18 new houses in the area. Similar lanes names exist to honour the minority in the area. These are Diwan Lane, Shahkot Way and Deepak lane.