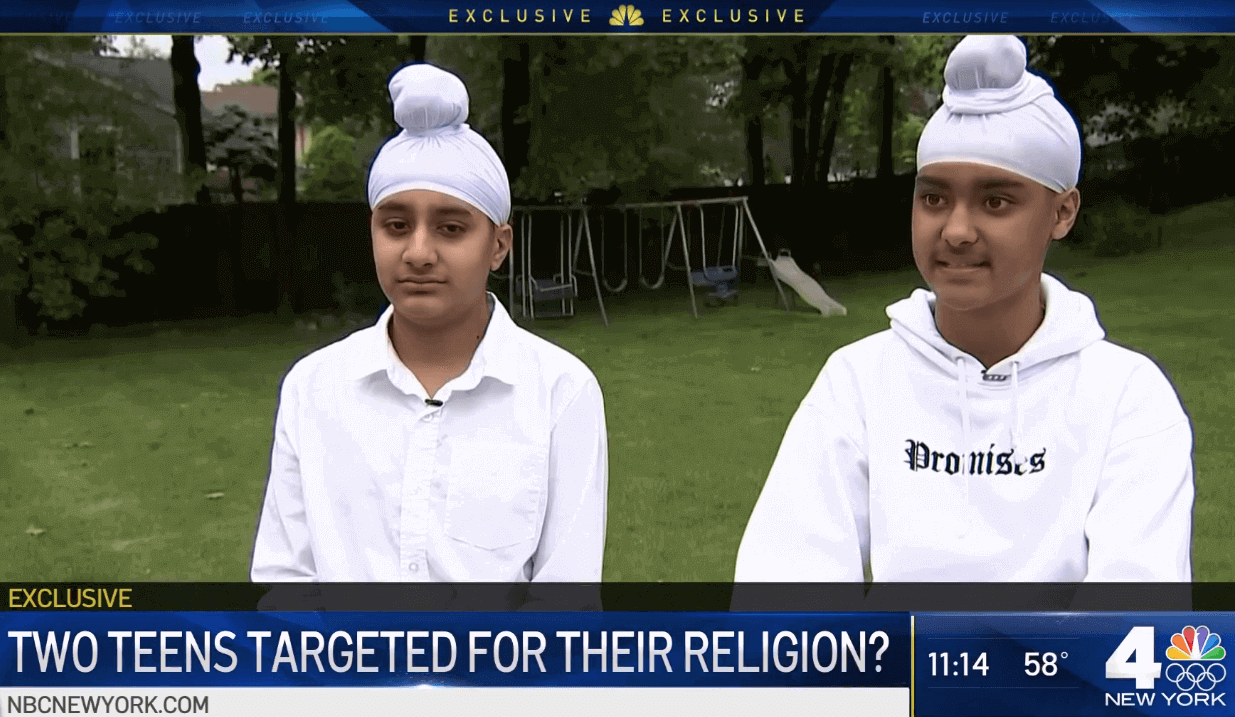 Members of the Sikh community on Long Island are pushing for criminal charges after two teenage boys said they were harassed and attacked for their religion. Yuvraj Bindra, 13, says he and his friend were at Walt Whitman Shops in South Huntington on May 29 when another group of teens started verbally assaulting them, believing that the two are Muslims. Bindra recalled one of the attackers saying, "Hey, Mohammed, come here. I'll knock that ball off your head." Then the confrontation turned physical. One of the teens punched his friend, Chaz, in the face while others recorded the whole incident on their phone. Chaz Bedi, of Syosset, says he was singled out by a group of older teens because of his appearance. "You shouldn't be targeted for anything that is different about you," says Bedi. "Nobody should be targeted for any reason at all."

The teen who was punched didn't suffer serious injuries and the incident is being investigated as an Aggravated Harassment as a Hate Crime, according to Suffolk County police.

Bedi's father Satbir says he's heartbroken over the racist attack and disappointed that his son is dealing with the same type of racism he faced.

"If the victims of these hate crimes don't report it, it's helping the hate grow," says Bedi.

Anyone with information about the incident can call Suffolk Crime Stoppers at 1-800-220-TIPS.