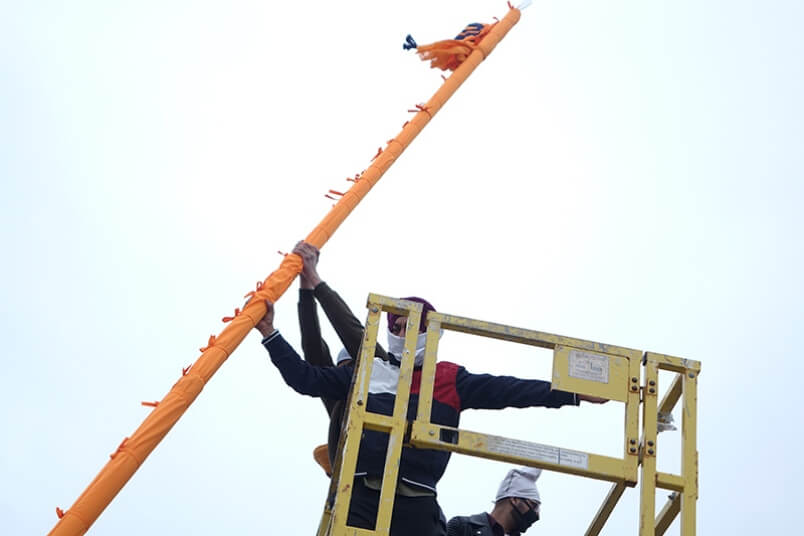 Thompson Sikh Society (TSS) marked another milestone after installation of Nishan Sahib at the Goldeye Crescent Sikh Gurdwara on Sunday, April 11. The raising of the sikh sacred flag was originally planned to take place earlier at the temple, which held its first Sunday service back in November 2019. However, the COVID-19 pandemic led those plans to be postponed. The triangular flag is placed outside most Sikh Gurdwaras and is supported by a pole of timber or metal. The khanda is placed high up on a flagpole as a sign for all Sikhs and indeed any other people that they can come and pray in this building.

Thompson residents, Sikh and non-Sikh alike, were invited to observe the celebration while keeping public health order restrictions in mind. 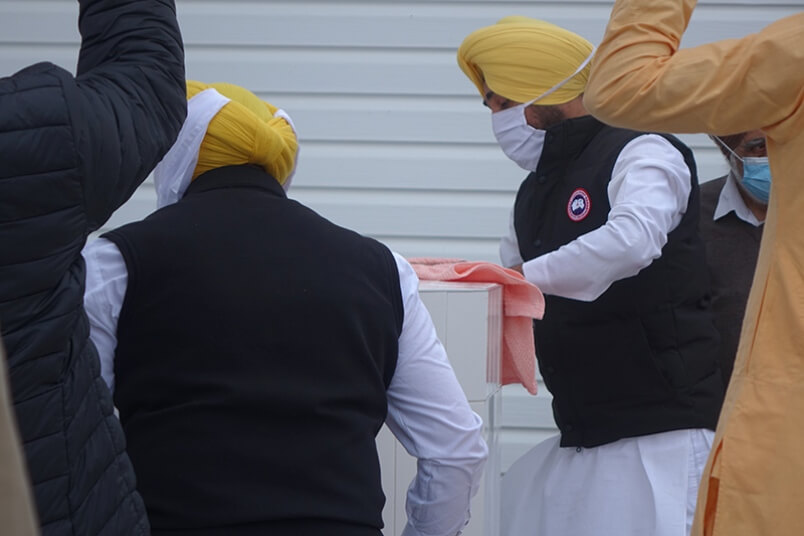 Since the temple is currently without a priest, a Winnipeg granthi (clergyman) travelled 473 miles to perform religious rites. There are plans to eventually have a permanent granthi for the temple but the visa application to bring one in from India has also been slowed down by COVID-19.

Over the past few years, Thompson has experienced a huge influx of new immigrant families and international students from India and other Canadian cities as well, which has created a demand for a permanent building for the Gurdwara.

The society began fundraising efforts to purchase the building where the Temple is now located.

Since the temple's opening in 2019, Sikhs from Ontario and British Columbia have made contributions and there are plans to try to raise more in Alberta in the near future.

‘We collected a good amount of money towards the building,” said Inderjeet Singh, a fellow board member with the Sikh Society. “We need more support so that we can own this building. Thanks to all the donors for their generous donations from Ontario and B.C.”

Singh added that they have not collected the sufficient funds at this point to buy the building outright, and anyone interested in donating can do so through their GoFundMe page