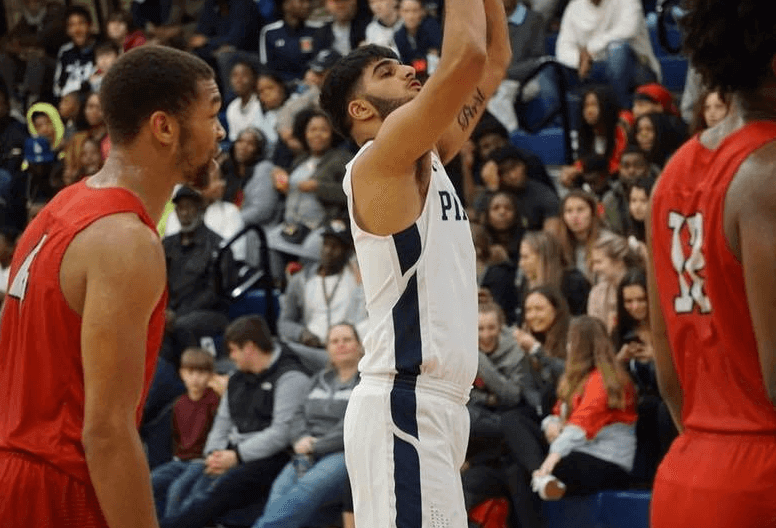 Surrey-born basketball player Jasman Sangha will be playing Division 1 ball for Texas A&M-Corpus Christi this fall. The 6'8" forward/Centre lived in Surrey until age four, in the area near LA Matheson Secondary, before his family moved to Brampton, Ontario. Now, as the 22-year-old heads to Texas to play NCAA basketball, he hopes his success will make him a positive role model, and will inspire Sikh punjabi youth in both of his hometowns.

“It’s very hard to reach to reach this point, I mean, there’s not a lot of division one players that are that are Indian, that are Sikh Punjabi, and to be one of the very few it’s even harder because no one has done it,” he says.

“I still have deep ties to Surrey, and there’s a lot of kids in Surrey that look up to me. I feel like I could be a helping hand to them whenever they need some advice — I’ll be there for them. Same with Brampton,” he says.

“I just want to be that one guy that motivates them to achieve things that seem impossible.”

“I grew up with a lot of guys who used to fight every day, do drugs every day. And I just got out of the way of that,” he says.

“Me going to play NCAA it’s a big step, not only for me but for the community as well. They can follow my footsteps because I didn’t really have a lot of footsteps to follow.”

Despite his success through high school, he didn't originally accomplish his goal of signing with an NCAA DI program because his grades weren't good enough.

He got his academics in order through community college and he hopes his experience can serve as a lesson for children with similar ambitions.