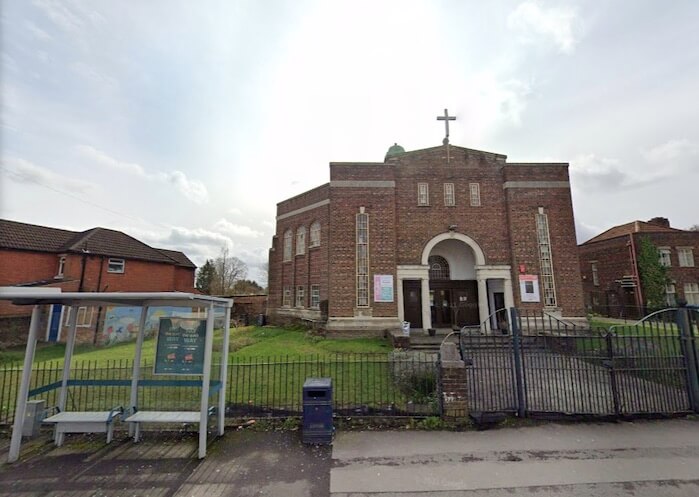 The Methodist church on Burgess Road was put on the market earlier this year with a price tag of £1.2million.

It has now been given a new lease of life and been snapped up by a Sikh group called Gurdwara Khalsa Darbar.

The Grade II listed building which is thought to have been built in the 1930s is undergoing a £50,000 revamp.

Two prayer rooms have already been refurbished, according to a spokesperson for the community group.

Meanwhile, the building will “stay in keeping” with the character of the area and remain part of Swaythling heritage.

Designed by Herbert Collins, the church has seen a dwindling congregation in recent years and its state has deteriorated.

With a neo-Georgian style and octagonal shape, the red brick building can accommodate 1,000 worshipers at a time.

A spokesperson for the Gurdwara said: “Part of the rich heritage that Herbert Collins created in Swaythling is the Methodist Church in Burgess Road. This building has been on the local skyline for almost a century and is a unique example of its work. genius.

“They a keen to play their role in our local community and give special recognition of Herbert Collins his work and further plans around this will be announced in due course.”

Measuring 14,575 Sq Ft, the former church was constructed with a steel frame with brick elevations under a domed roof with parapets.

The two-storey building includes dance studios, changing rooms, and an office and hall.

The two-storey building includes dance studios, changing rooms, and an office and hall.

Senior elder of the Gurdwara, Mr Amrik Gill, has invited worshippers to ceremonies to mark the building becoming a Gurdwara.