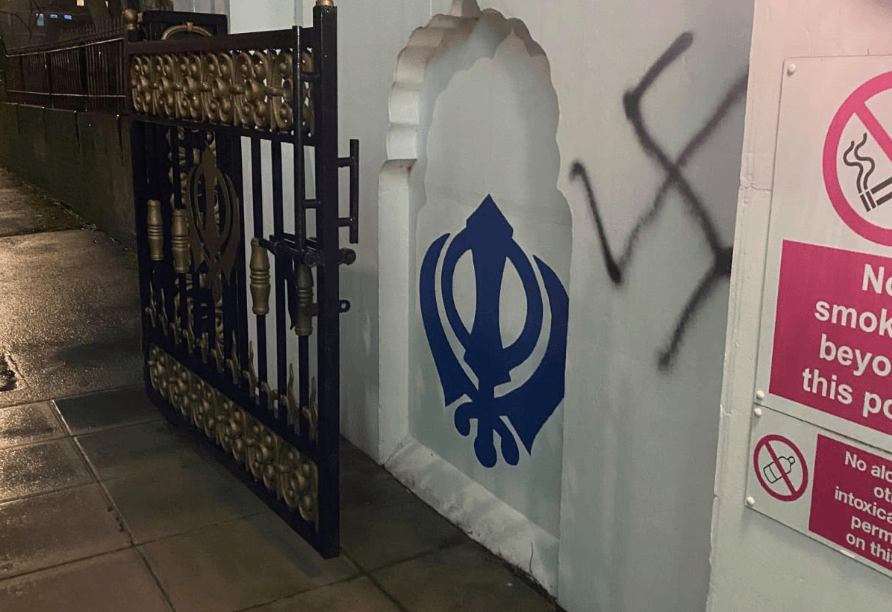 The incident took place at the Guru Nanak Darbar Gurdwara situated in the town of Gravesend, Kent.

This is depressing, I thought we were way past this, alas, the divisiveness perpetuated by those in charge leads to this... this is outside my local gurdwara in Kent .... #racism #hate #Neonazi #nazi #Fascism #race #sikh #notohate #hopenothate pic.twitter.com/ZxW6xDwSQZ

The incident of hate crime is believed to have taken place between Wednesday night and Friday morning  near the gate of the building in Khalsa Avenue.

Describing the incident as an "Appalling Act", Assistant Chief Constable Peter Ayling initiated immediate investigation and appealed locals for assistance to track down the culprit.

He also appreciated the Sikh community for its positive response to the incident.

Detective inspector (DI) Shaun Creed said: "We are currently investigating this act of racially motivated graffiti and would ask for anyone who may have information to come forward.

In December, last year the same Gurdwara, Guru Nanak Darbar made food for thousands of lorry drivers who were stranded when the border to France was closed.

Sikh volunteers have removed the swastika symbol by painting over it. 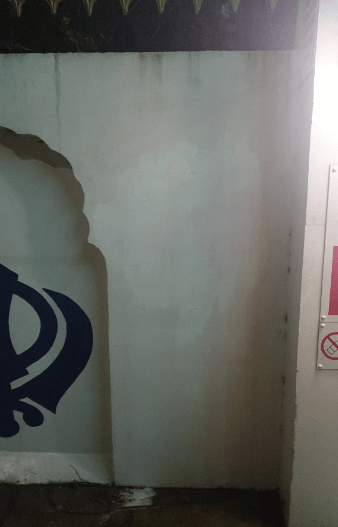 Image of the fixed wall was shared on twitter by a user.

The incident has sent shock waves through the Sikh community in Kent.

Sukh Singh one of the Granthi (Worshipper) at the temple took to twitter about the incident: "This is depressing. I thought we were way past this."

He said, "Gravesend has a diverse and generally cohesive community, and people from all races and religions attend our magnificent guru ghar; this person was taught to hate, and is in the minority; a minority given a voice; let’s drown this hate out."

Jagdev Singh Virdee the general secretary at the Gurdwara described the incident and also invites the miscreant for talk.

He explained, "It was painted near the gate, about 100 metres from the main building, in an area not yet covered by CCTV.

"Ironically we are due to extend our CCTV cover there this coming week. It is shocking, and also a surprise since we have very good relations with the community. It is the first time that something like this has happened in the 11 years since we moved here," he added.

"We invite whoever it was to come in and talk to us. They will be very welcome," he added.