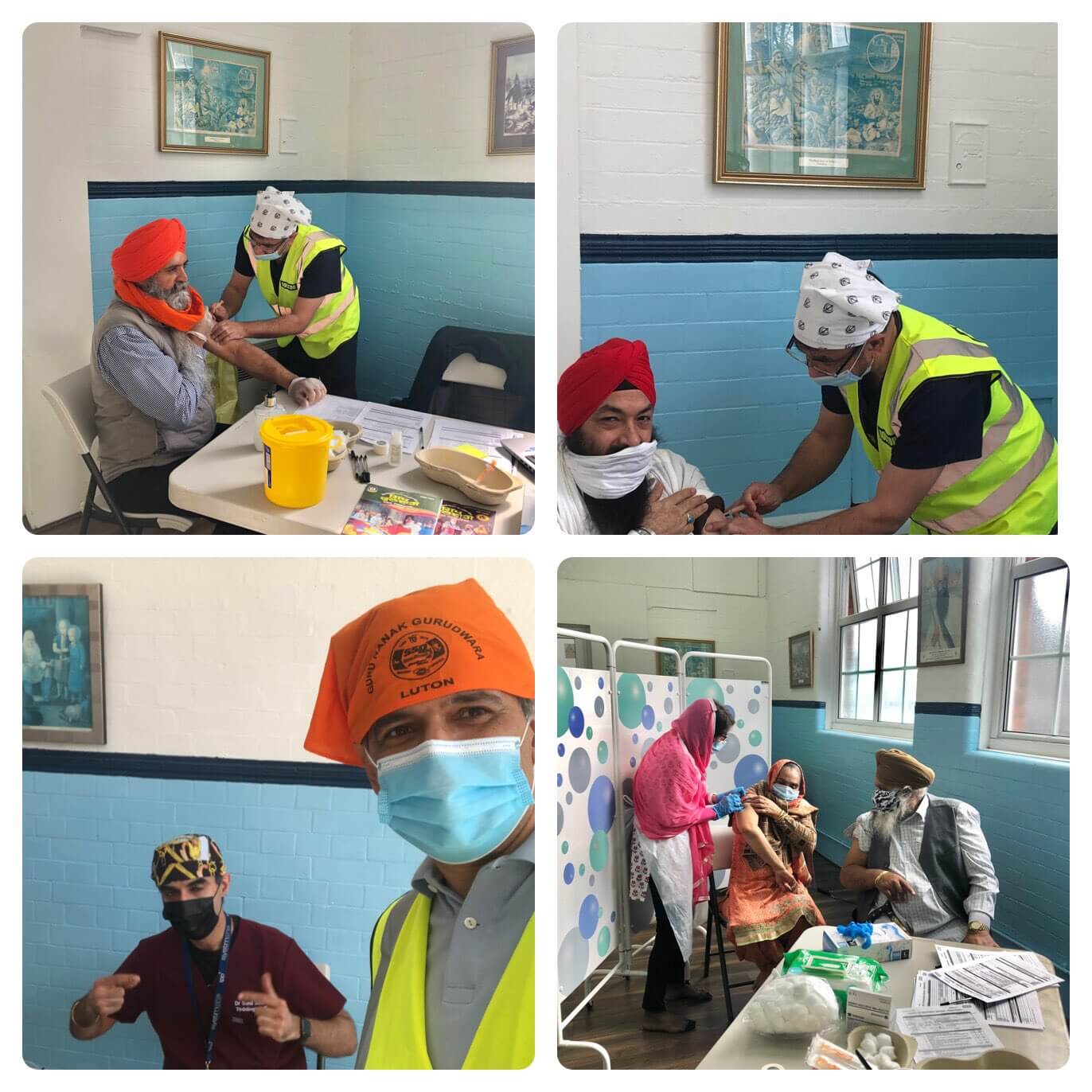 On March 21, 2021, the Guru Nanak Gurdwara Sikh temple in Luton introduced a pop-up Vaccine Clinic to celebrate the upcoming festival of Vaisakhi.

While Sikhs are unable to celebrate the festival in the traditional manner due to coronavirus restrictions, they have managed to successfully organize the inoculation program.

Gurch Randhawa who is a professor of diversity in public health at the University of Bedfordshire helped in organising the event.

European Union countries, paused the usage of the Oxford-AstraZeneca vaccine after reports of blood clots in some recipients of the vaccine.

International health agencies urged governments to press ahead with the shot, saying the benefits outweighed the risks.

However, the U.K. never stopped using AstraZeneca but many people are still hesitant to take a shot.

“Vaisakhi is all about Sikhs carrying out selfless service, and what better selfless service than opening up a pop-up clinic that reaches out to anybody of any religion,” said Randhawa.

“So today, we have got people from the Muslim faith, the Christian faith, Sikhs, all coming in to be vaccinated.” he added.

Gurdwara President Balwinder Singh received his first dose of the coronavirus vaccine on Sunday at the Guru Nanak Gurdwara in Luton.

"We think we can bring the community together again. We can help the people and celebrate. There is a lot of fake news on social media about the vaccine and we need to take it," he said as he was given the Oxford-AstraZeneca jab on Sunday.