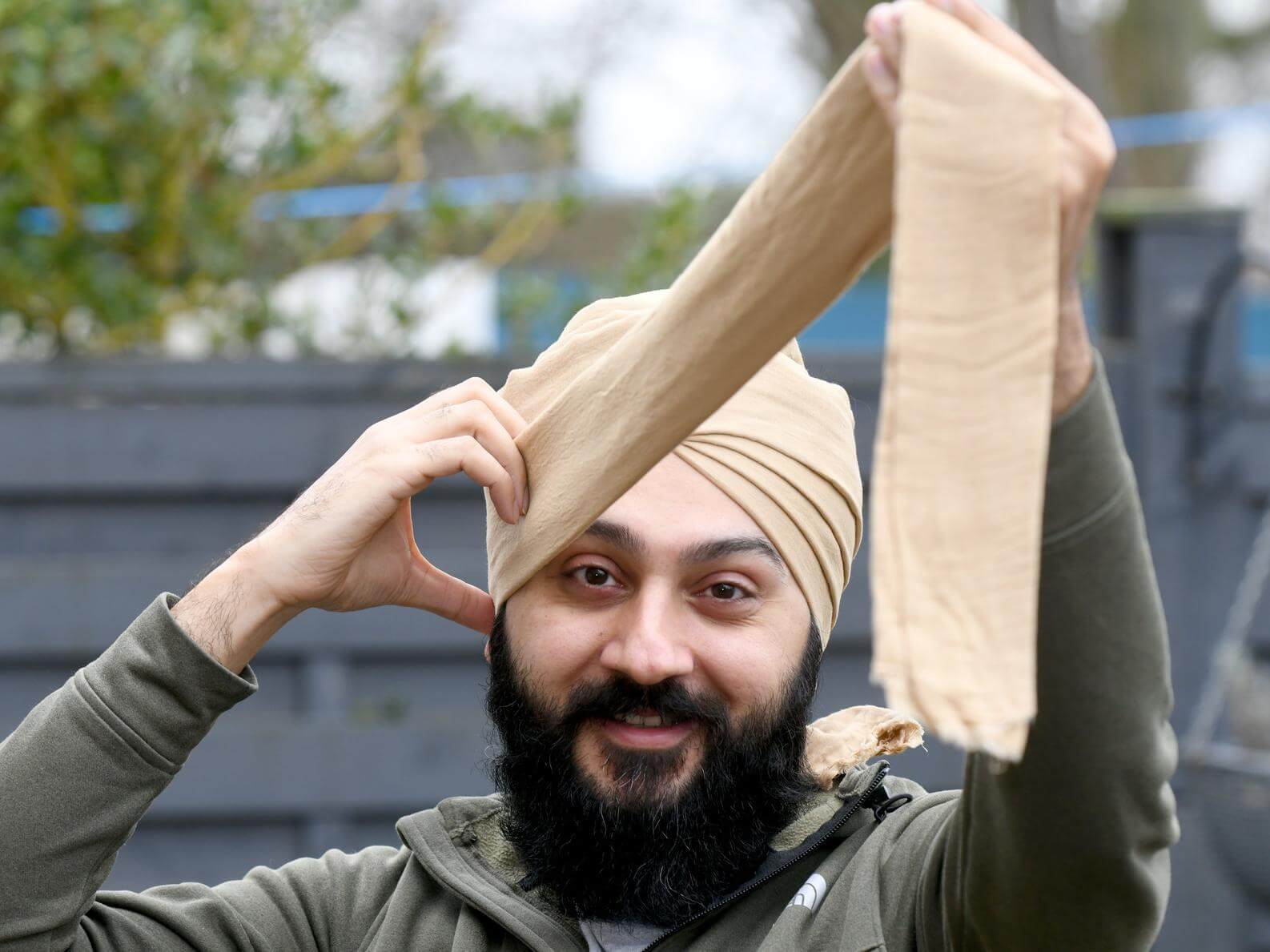 Sunny Singh Osahn, 37, is educating people around the world about Sikh culture and religion on tiktok. He wears a turban and follows Sikh values of compassion, equality and service. He has over 112,000 TikTok followers who tune in for his videos that educate and inform. The topics range from how he puts on his turban to what the main principles of Sikhism are. He lives in Alwoodley, a civil parish and suburb of Leeds in the West Yorkshire metropolitan.

At first, he joined the platform to explore and share his voiceover work but soon found a niche explaining Sikhism to his curious followers.

Singh says he has had a positive response from people across the world, who are eager to learn about other cultures.

Thousands of people ask him questions about his religion and Sunny says TikTok has a community of people who are really committed to learning. He receives hundreds of comments thanking him for his videos every day and has even helped people across the world.

He said that Sikhism is “one of the youngest religions that believe in true equality between humanity regardless of gender, color, race, etc. We believe everyone is equal.”

But being visibly Sikh is not always easy. With growing Islamophobia in the West, anyone who wears a turban or appears to be Central or South Asian can become a target of harassment whether they are Muslim or not.

“Many people who see a turban-wearing Sikh assume we are Muslim,” Osahn said. “As such the Sikh community, particularly in the U.S., have faced their fair share of Islamophobia. The fact is that many cultures historically have worn turbans, but the main culture of people that do to this day are Sikhs.”

Growing up, Singh didn’t really think his family was any different from the other kids at his predominantly white school. But it was clear they felt otherwise.

“As a child, I had many traumatic racially abusive incidents and some of these were at school at the age of 10,” he said. “Of course, at the time I didn’t understand, but as an adult looking back, I can completely see how racism toward people that look like me has played its part in my life.”

But these days on TikTok it seems Osahn has created a supportive community where people are curious about Sikhism, not judgmental.

“It feels like an insight into a completely different world,” Singh said of his audience’s interest in Sikhism. “An entirely unknown belief system that because of its simplicity and love, seems to resonate with so many people on a truly heart-to-heart level.”

“Plus, many people seem to really love my voice and hair! I can’t lie, I really do love that!” he added.

You can find Sunny's social media accounts below: