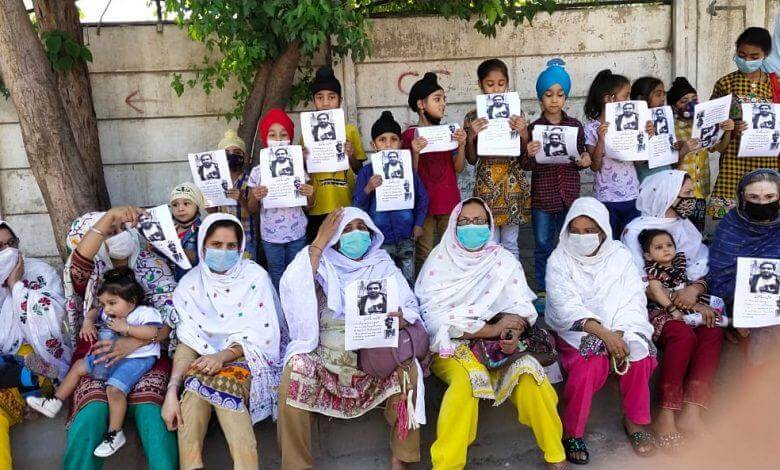 Members of the Sikh community protested in Pakistan’s Peshawar city, demanding the Khyber Pakhtunkhwa provincial government find a local youth from their community who has been missing for the last one month. Speaking at the protest outside the Peshawar Press Club on Saturday, community leader S. Parvinder Singh said Avinash Singh was well-educated and his family had no ill-relations. Hundreds of protesters, including women and children, demonstrated, holding banners and placards. They alleged Avinash had been kidnapped by anti-social elements. They demanded to know how could Avinash be missing for over a month and yet the local police had no knowledge in the matter. Avinash is believed to be about 25 to 28 years old. The demonstrators said Avinash was missing from the jurisdiction of Gulberg police station. They demanded the provincial government take all possible steps to find Avinash. Earlier on Friday, March 23, Avinash Singh’s family members staged a sit-in protest outside Peshawar Press Club. The protesters including women and children demanded early recovery of the missing youth. Amir Chohan Singh, elder brother of Avinash Singh, said they are four brothers and Avinash is the youngest who was in search of a job after completing graduation in engineering. He said no demand for ransom has been made so far. He appealed to the chief justice of Peshawar High Court, prime minister and KP chief minister to ensure early recovery of his missing brother.