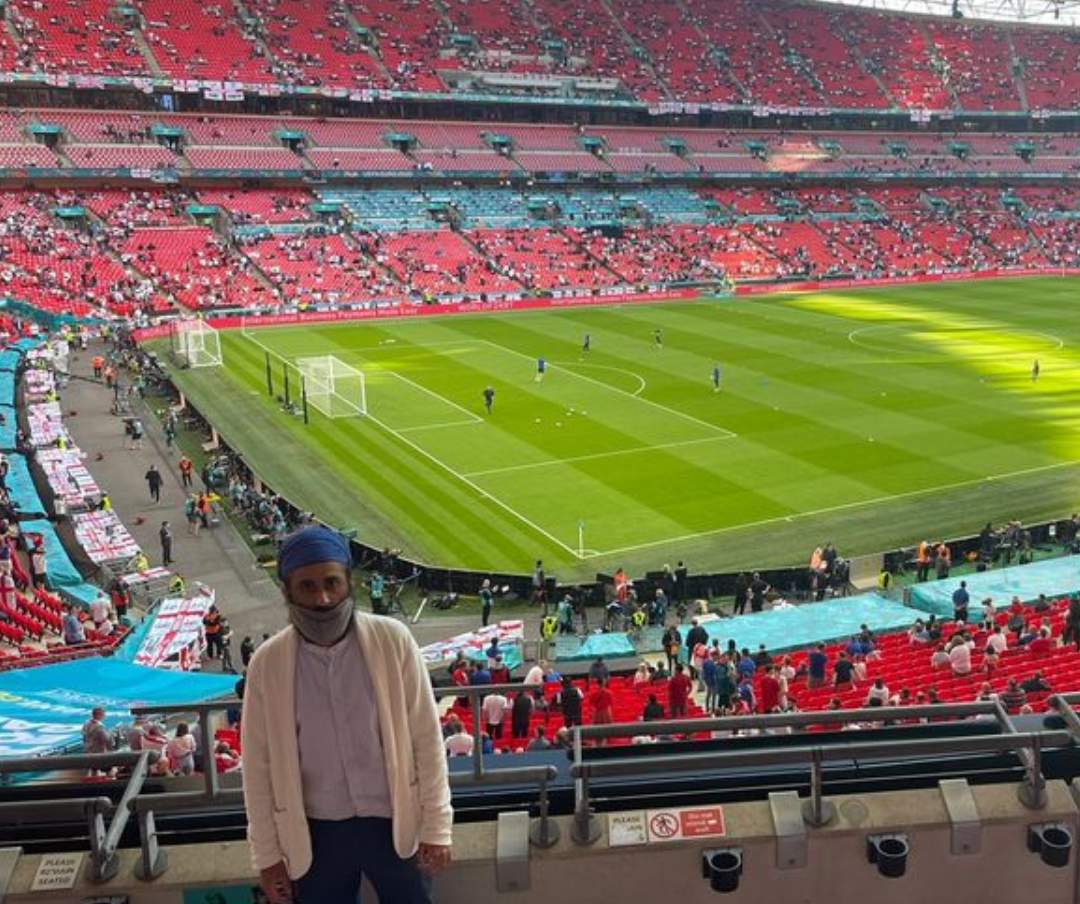 A Sikh man was refused entry into Wembley stadium to watch the Italy v Spain match on July 6, 2021, due to the size of his article of faith.

Arjan Singh, 28, travelled to Wembley from Rugby with his friend to watch the semi-final after paying £300 each for the tickets.

He described being “treated like a criminal” after security guards refused his entry into the stadium due to the size of his Kirpan.

A spokesperson from FA (Football Association) said, Arjan was disallowed entry into Wembley stadium as his Kirpan exceeded the size limit, as set out by guidance online. 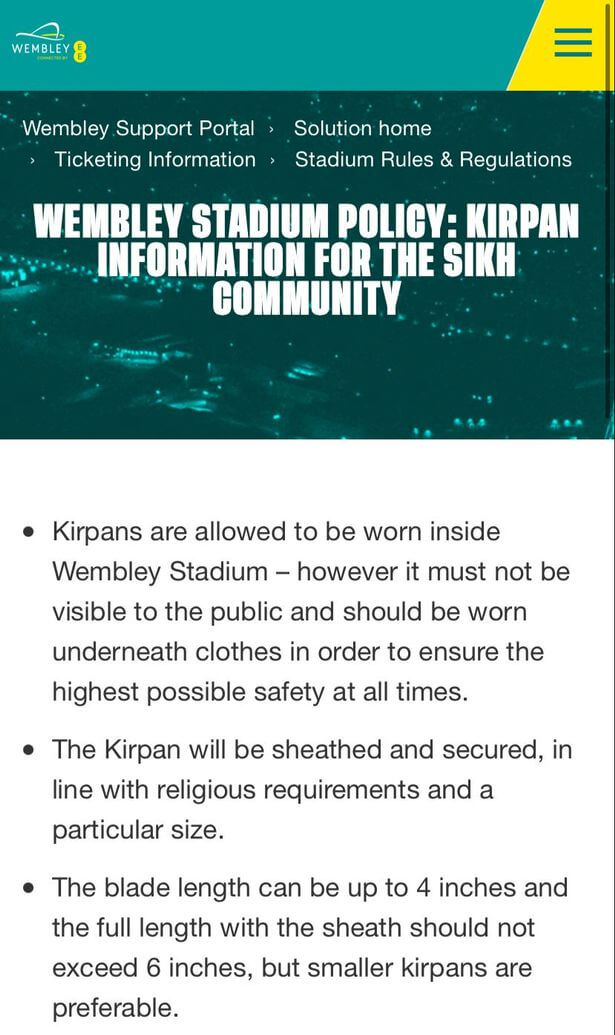 However, according to Arjan, he was prevented from entering the stadium even when the security team initially measured his Kirpan to be six inches - which is within the size limit.

He said: “When I got to Wembley, on the website its Kirpan policy [says to] let the security guards know prior. Before we got checked I said to [the security guard] ‘I’m carrying this ceremonial dagger which I’m allowed to by the law of the land...'

“They put me to the side and said they need to speak to someone higher up."

The 28-year-old civil servant then describes how security guards asked him to “look up to the security camera” and took photos of his Kirpan before being told he is not allowed to wear it.

He said: “They made us wait for ages… [it was] horrible, I was exhausted".

“It was almost like we were criminals… [The security guard] kept on repeating ‘you are not coming in with a sharp blade’ and other people were hearing this," he added.

Martin said: “[The Kirpan] was measured twice. First it was measured and it was six inches, according to their measurements, and that complied with their policy and they still said no. Customer Services then came down and measured it with tape measure [which] came to 6.5 inches [above Wembley's permitted size].

According to Wembley Stadium’s policy on Kirpans: “Kirpans are allowed to be worn inside Wembley Stadium – however it must not be visible to the public and should be worn underneath clothes in order to ensure the highest possible safety at all times.

“The Kirpan will be sheathed and secured, in line with religious requirements and a particular size.

“The blade length can be up to four inches and the full length with the sheath should not exceed six inches, but smaller Kirpans are preferable.”

This is unacceptable! @wembleystadium you can't have rules for kirpans and then when baptised Sikhs try and attend games, you turn them away! This is so bad! We're here for the match tonight, our tix cost a fortune, sort it out! @MayorofLondon @DepMayorLondon

However, Head of Diversity & Inclusion Programmes at FA, Dal Singh Darroch, tweeted, about issue being resolved.

The spectator was also offered an agreed and amicable solution. With all venues like Wembley, safety is paramount so please do take note of the guidance ?? @SikhPA @AppgBritSikhs @nspauk @UK51NGH

After the incident, a member of FA offered Arjan and Martin tickets for England v Denmark match on July 07, 2021.

Arjan brought a smaller Kirpan with him to the England match (July 7) and has described the treatment by FA staff today as "amazing."

He added: "The FA guys treated us super, they met us right before we got to the stadium [and] escorted us all the way up."