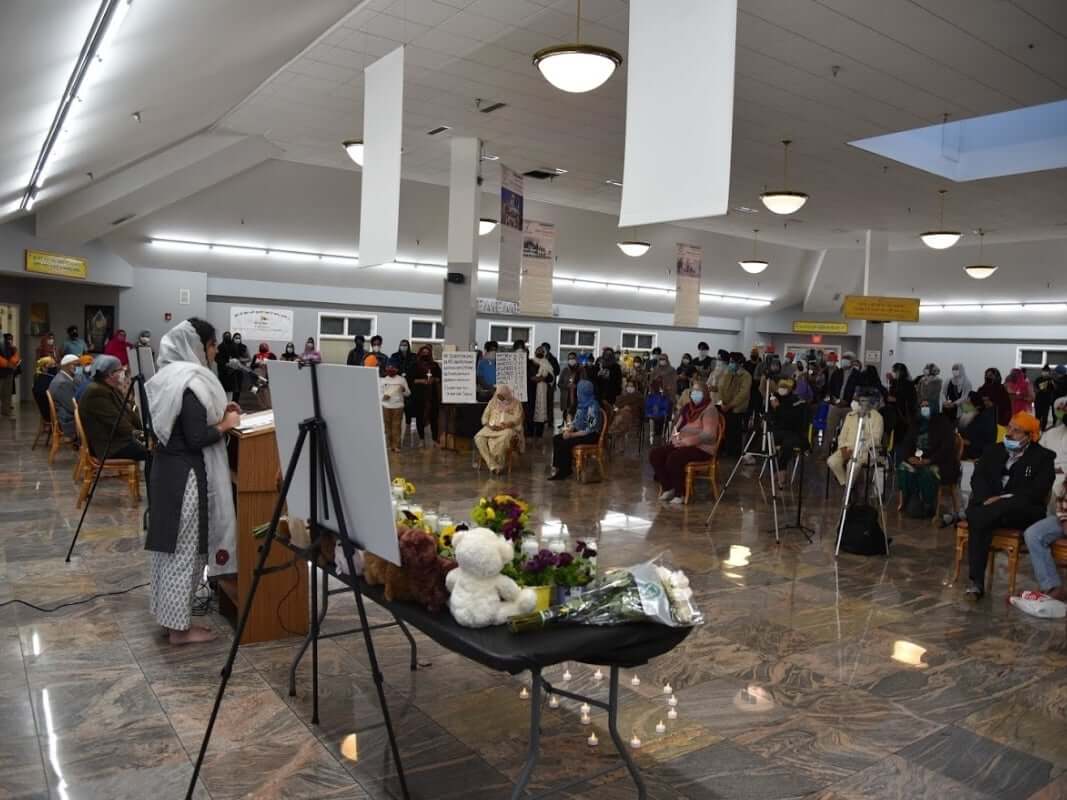 On Saturday, more than 200 people gathered in Sikh Religious Society Palatine Gurdwara, for the candlelight vigil to commemorate the Indianapolis FedEx shooting victims and to call attention to recent multiply anti-Sikh and Asian violence. 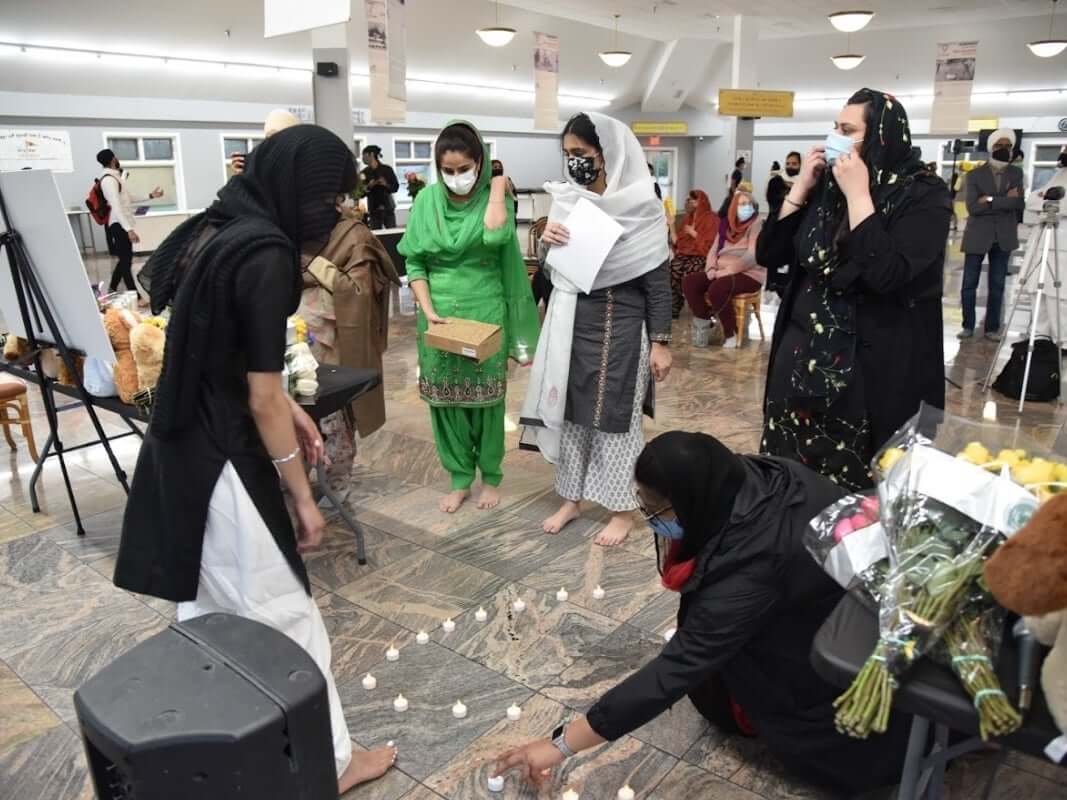 The event was organized by Sikh volunteers and Sikh Religious Society of the Palatine Sikh Temple, in collaboration with the Interfaith Group. 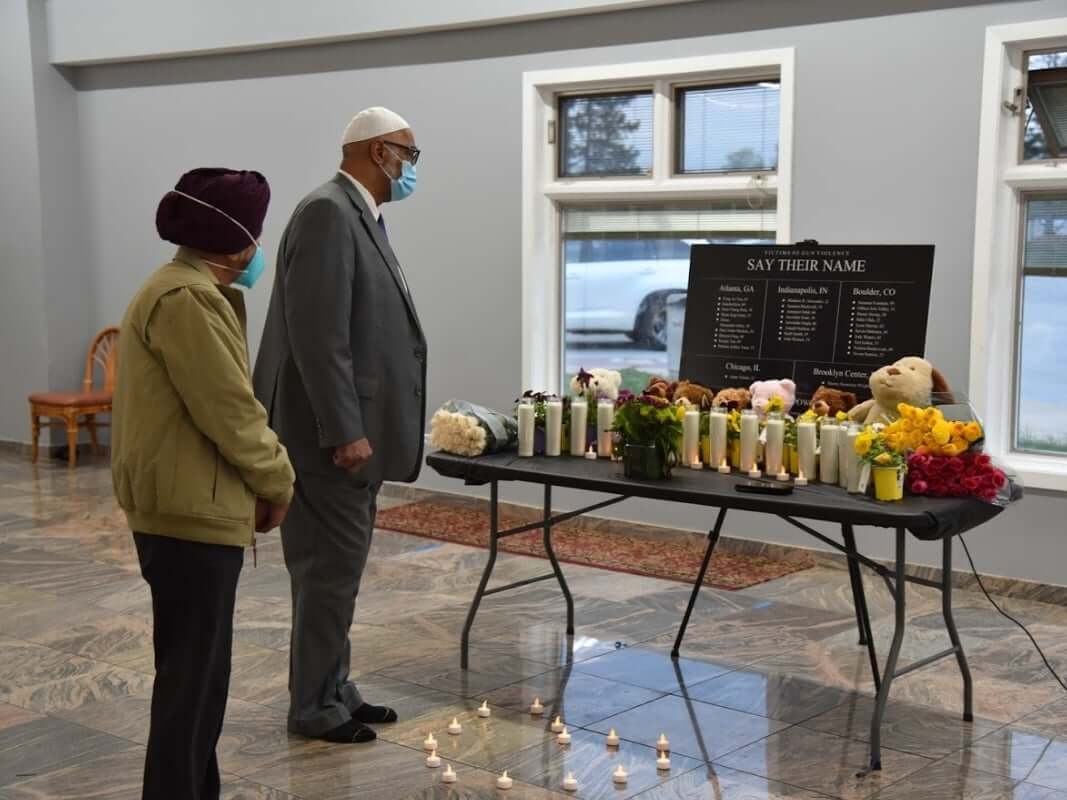 The speakers shared their personal reminder to the audience that gun violence impacts every community and all religions, races and ages. They further said, "We were shocked and deeply saddened by the tragic loss of those killed in Indianapolis. This attack on Sikh community is gut-wrenching and heartbreaking. The Sikh American community has a long history of enduring racism all over the USA since 9/11. This thing must be stopped. We are calling our elected leaders and civic, faith-based, and educational institutions to take steps and action against xenophobia, racism, and anti-religious hate."

1 minute silence had taken place for victims of the FedEx facility. More than forty Muslim and Pakistani community members showed up in the Palatine Gurdwara to joined pray and solidarity with Sikh Brothers.