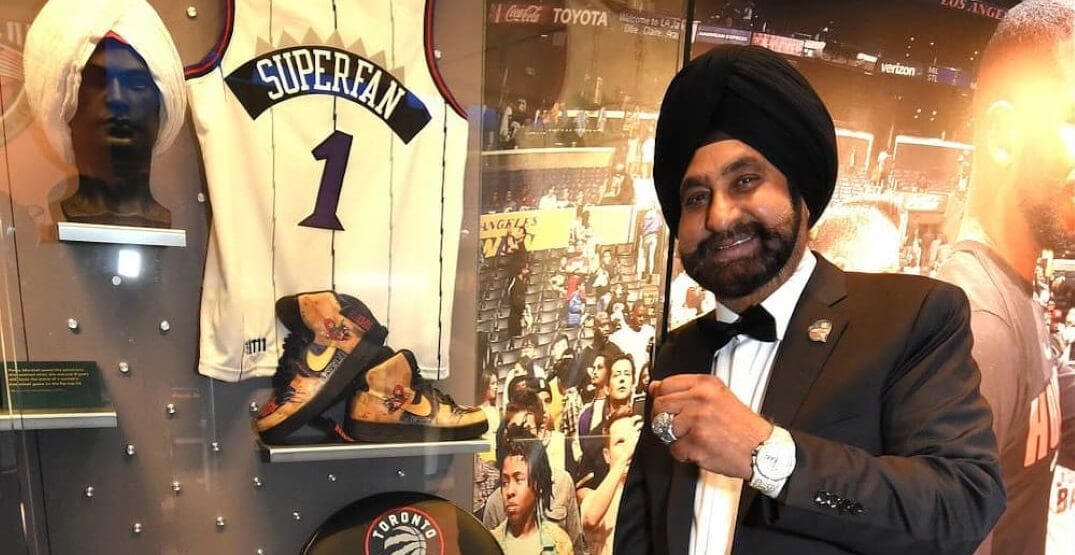 Toronto Raptors superfan Nav Bhatia has become one of the first fans to ever be honoured at the Naismith Basketball Hall of Fame. Bhatia was honoured on Sunday at the unveiling of the James Goldstein Superfan Gallery in Springfield, Massachusetts. His display includes the first turban in the hall of fame, as well as a replica of his championship ring, a superfan bobble head, custom superfan shoes, his courtside seat and the original Raptors jersey he was presented in 1998 that declared Bhatia a “Superfan.” Bhatia is the first Sikh and the first fan honoured within Naismith Basketball Hall of Fame. He is also known for being one of Toronto’s most visible and vocal supporter of all time.

Today was a dream.
In the greatest building basketball has, the name Superfan Nav Bhatia will be immortalized.There is now a turban and the first fan honoured within Naismith Basketball Hall Of Fame. I am overcome with emotions today.
?? @ADBPhotoInc pic.twitter.com/TFe7cpwDAK

Every year for the last 20 years, Bhatia has purchased about 3,000 tickets to home games and gifted them to members of the Sikh community, including a large number of children, to celebrate Vaisakhi, the Sikh new year, courtside.

He was also awarded with a 2019 championship ring by Toronto and now he has a Hall of Fame ring added to his collection.

Bhatia’s inclusion in the exhibit was first announced in February 2020, but put on hold for more than a year due to coronavirus restrictions.

The Naismith Basketball Hall of Fame serves as basketball's most complete library, in addition to promoting and preserving the history of basketball. It is dedicated to Canadian-American physician and inventor of the sport James Naismith, who invented the sport in Springfield.