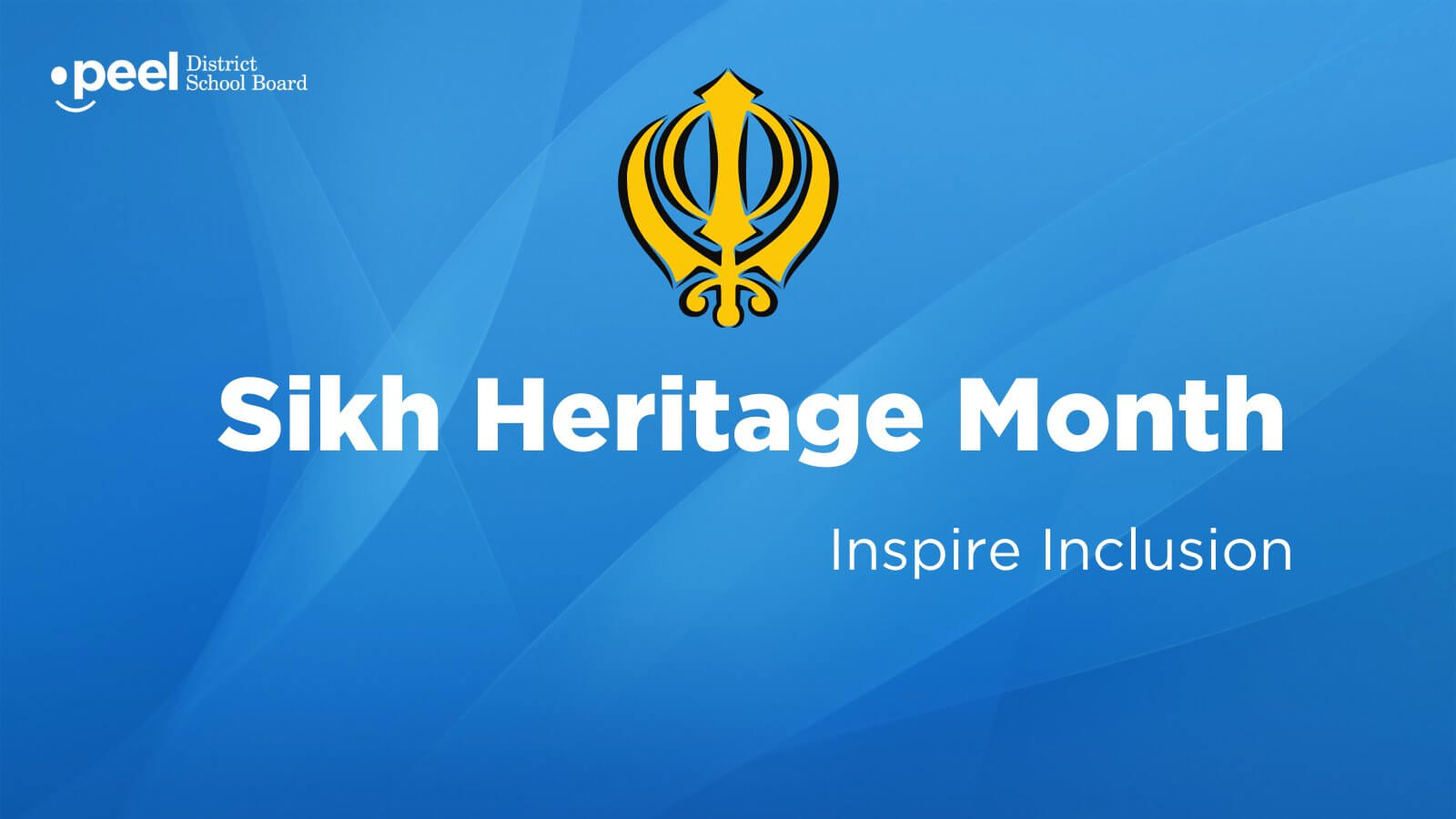 An online event marking Sikh Heritage Month, which was hosted by Peel District School Board and attended by federal NDP Leader Jagmeet Singh, was disrupted by unknown individuals using racist and discriminatory slurs in their usernames on Thursday.

Director of Education Colleen Russell-Rawlins and Supervisor Bruce Rodrigues issued an open letter, apologizing for the mishappening. The letter mentioned that immediate steps were taken to block the accounts from the event, and an investigation has begun into the incident.

The officials apologized to the attendees, members of the Sikh community, and Singh, who was a guest speaker at the event.

“The online event was engaging and informative for all participating schools and we are grateful to Mr. Singh for joining us in this opportunity to connect and commemorate the opening of Sikh Heritage Month,” officials said. 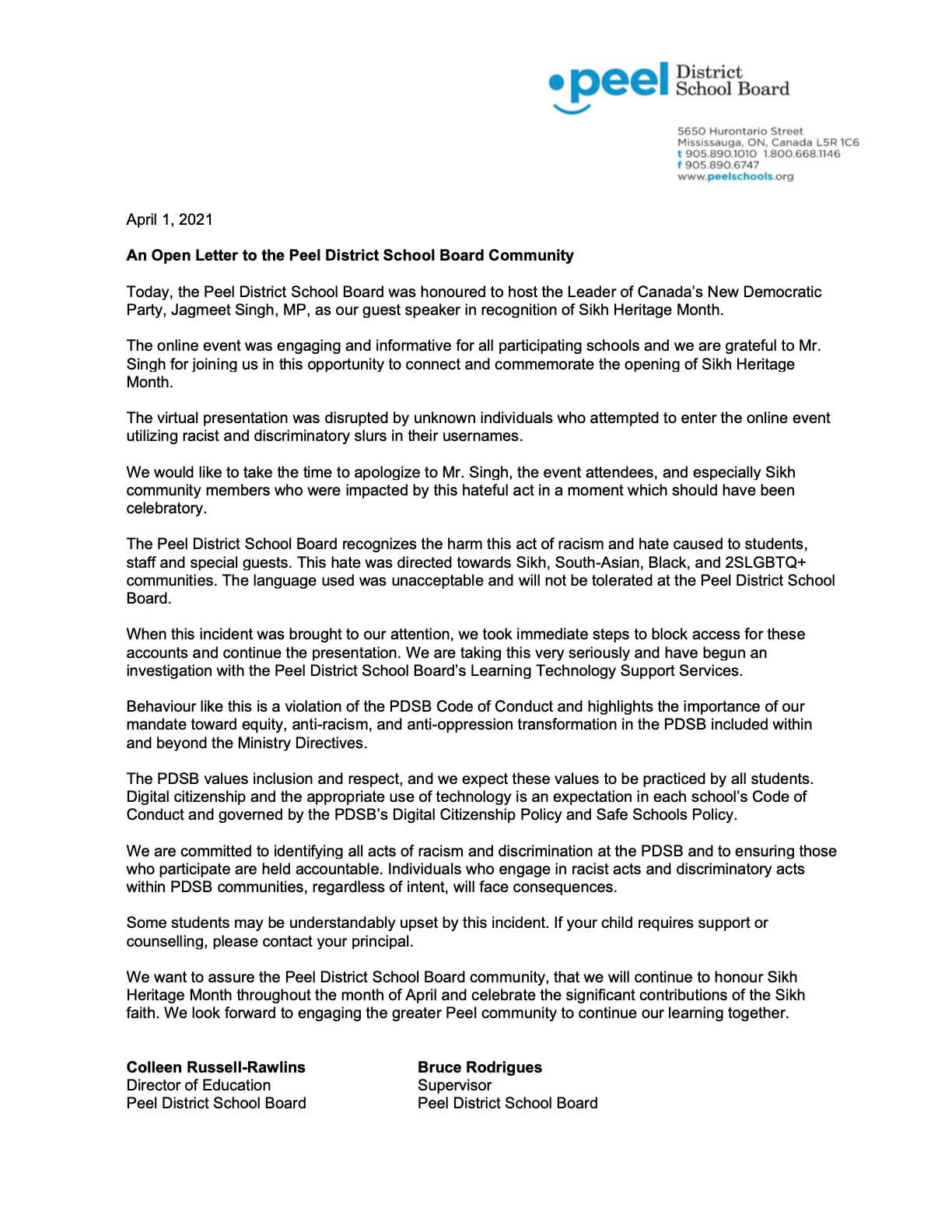 Officials said they are taking the matter seriously, and those who participate in acts of racism and discrimination at the school will be held accountable.

The board said the racist incident will not deter them from celebrating the Sikh community.

“We want to assure the Peel District School Board community that we will continue to honour Sikh Heritage Month throughout the month of April and celebrate the significant contributions of the Sikh faith,” the board said.