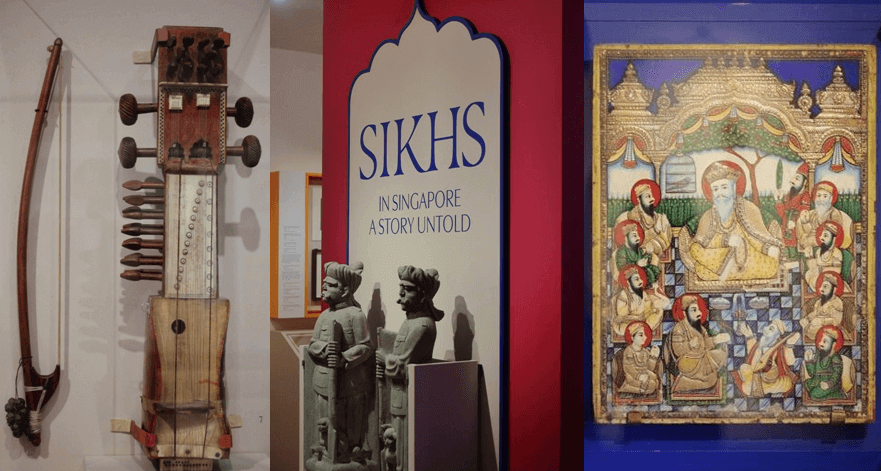 India’s ambassador to Singapore Gopinath Pillai was also at the event.

The exhibition will run until Sept 30th. Here are 4 things to look out for at exhibition 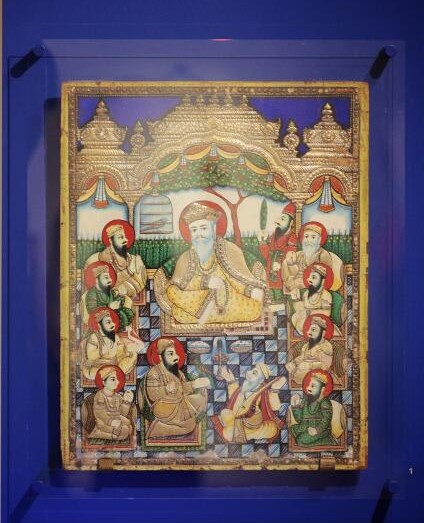 Made of wood, semi-precious stones and pigments in 19th century India, the painting is the pride of the exhibition.

It is borrowed from the renowned Khanuja family collection in the United States, and depicts the 10 spiritual guides, or gurus, of the Sikh faith. The first guru was Guru Nanak in the 15th century.

All 10 gurus spread the faith, set up centres for teaching, codified the holy book, and made sure the practice of langar (free kitchen) was continued.

The instrument is a Sarangi, a stringed instrument used in Punjabi folk music

Born in Singapore in 1920, Seva Singh was a musician and an accomplished writer of Gurbani, or Sikh hymns, and was a hospital assistant in Tan Tock Seng Hospital.

He was awarded the highest honour in India with a siropa (shawl) in the Golden Temple in Amritsar city for his cultural work, and was also awarded a shield by the Indian Chamber of Commerce in Singapore.

3. A pair of Sikh guard statues from Bukit Brown Cemetery: 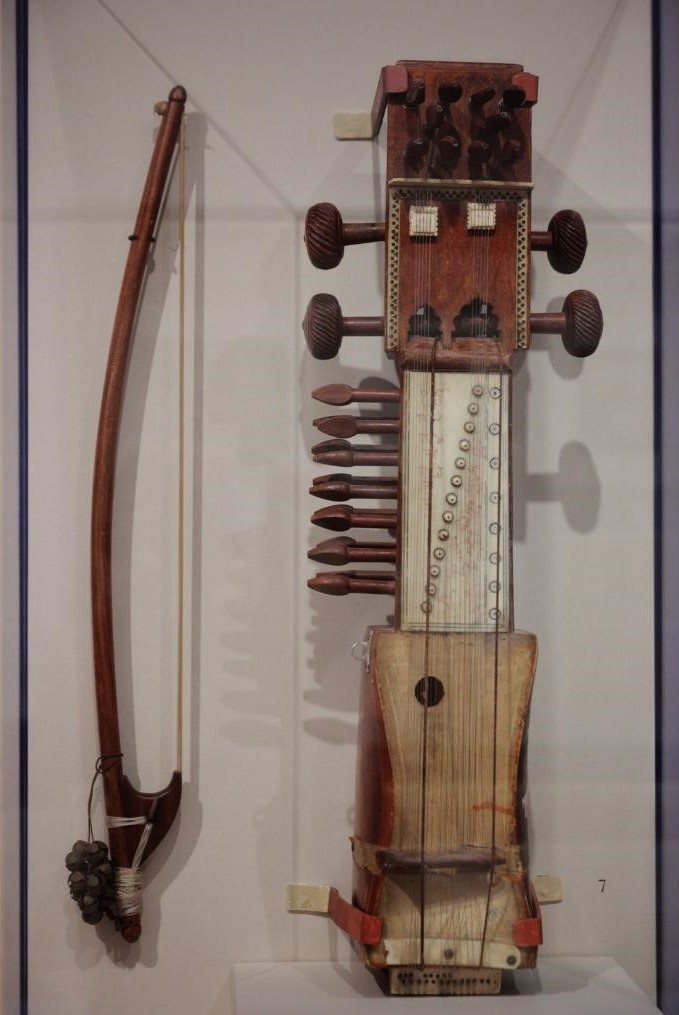 Many Chinese graves included statues of Sikh guards as grave guardians, trusting them more than their own deities and reflecting the predominant impression of Sikhs in Singapore.

This pair came from the grave of Madam Yap Woo Neo and were made in the early 20th century.

During colonial times, young Sikh men who were unable to meet recruitment guidelines of the British Sikh contingent became security guards or watchmen, or jaga, which means guard in Malay.

Three films specially commissioned for the exhibition are on show, presenting new reflections on what it means to be a Sikh in Singapore.

Titled Being Sikh, the trilogy focuses on the role of women, tradition and faith. The first, for instance, tells the story of an elderly woman who witnessed many historical events and through this, highlights women’s role as agents of stability and family well-being.