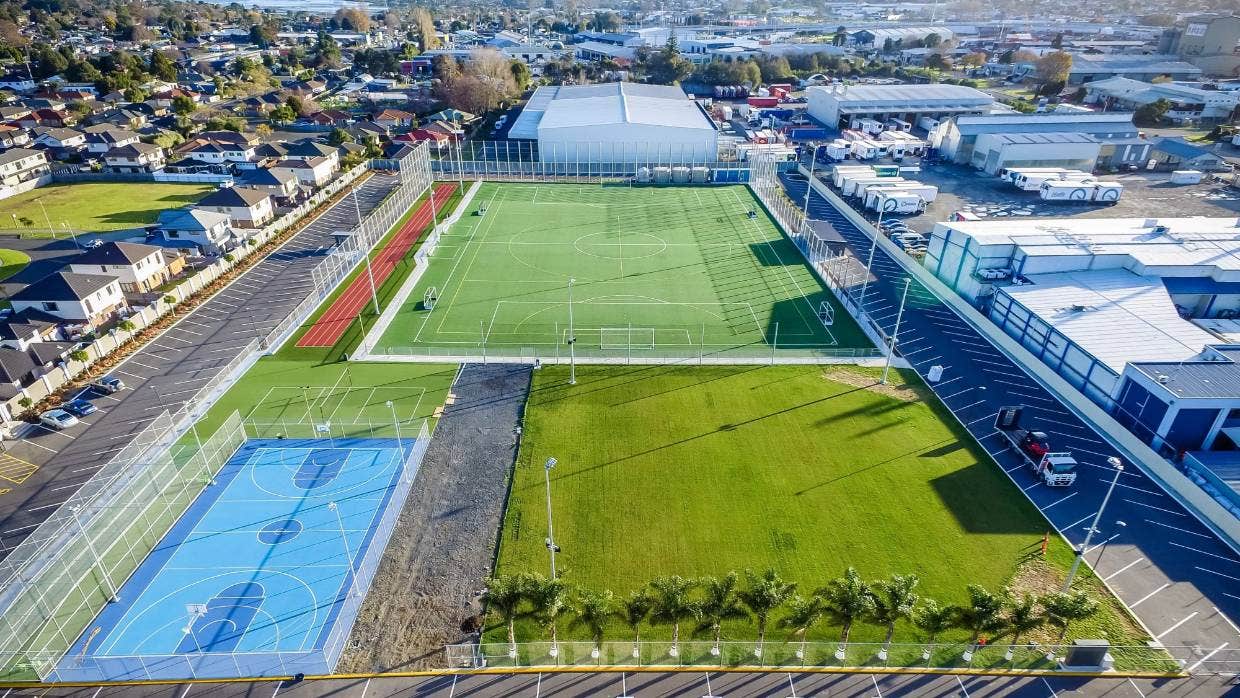 NZ Prime Minister Jacinda Ardern opened a multi-million dollar sports complex on Sunday, which is expanded over 5.6 acres of land.

The inauguration event was attended by National leader Judith Collins, Auckland mayor Phil Goff, several govt. and opposition MPs, and a crowd of 25,000.

The new complex is located behind the Gurdwara Sri Kalgidhar Sahib Takanini and facilities of the Sikh Sports Complex are open to everyone, not just Sikhs.

Ardern praised Sikh community, and emphasised that the community led by the Supreme Sikh Society of New New Zealand, is already well-known and admired for its service to the wider New Zealand community, specifically during the Covid lockdowns.

"Through the last year, everyone has been hit so hard, the pandemic and its effect on the world have equally been felt here in New Zealand, but in different ways," Ardern said.

"The role that you have played as a community has been immense.

"When I first saw images of the work that was being done to provide food to the wider members of the Auckland community, and feeling like what I was seeing from the Sikh community was the team of five million in action.

"It warmed my heart so much. I want you to know I saw it, it moved me and it moved New Zealand."

"Thank you from the bottom of our hearts for taking care of everyone around you,”

She said the project would serve to "connect and engage" even more people in Auckland and around New Zealand.

"You had a dream to build a facility that promoted sports, that promoted well being among all of the community, but also to create a space to break down barriers and bring people together," she said.

"And you have achieved that incredible vision.

"Today we're here opening seven international level fields and turfs that will allow people from all over Tamaki Makaurau, and all over Aotearoa New Zealand to be able to connect and engage in sport," she announced.

Part of the crown at the opening of the NZ Sikh Sports Complex in Takanini on Sunday. More than 25,000 people attended over the weekend.

"Many have already started to approach us for the use of the facilities." he added.