Gurlaine Kaur Garcha was left 'angry, sad and embarrassed’ after being subjected to a barrage of racist abuse. The EastEnders actress, who plays Ash Panesar in the soap, admitted the shocking incident 'came from nowhere' and left her in tears and feeling 'ashamed' because she was unable to 'brush off' the unnamed woman's tirade and simply forget about it. ‘Yesterday I was a victim to verbal racial abuse,’ she wrote on Instagram. “It came from nowhere, I wasn’t expecting it, and even though I know racism exists and I could always be victim to it, it was still deeply, deeply shocking. “In a completely unprovoked attack, I was told by a woman to go back home, to return to wherever I’ve come from, and to stay there.

'How can someone be allowed to say something so racially driven and then walk away? Why do I then have to deal with all the feelings that come with it?

'Why do I have to tell myself to stay calm and not to retaliate? And why do I have to be the one left crying? It seems so unfair that i am judged by the colour of skin. ' 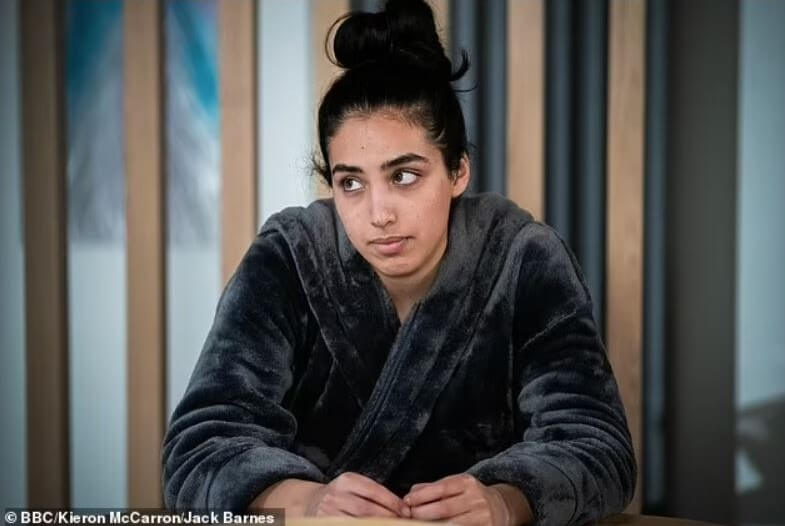 Candid: Gurlaine admitted the shocking incident 'came from nowhere' and left her feeling 'ashamed' because she was unable to 'brush off' the unnamed woman's tirade (Image: BBC)

Gurlaine explained that, initially, she wasn’t going to say anything, but ultimately she decided to do so after ‘waking up this morning and feeling burdened with the same sadness from the day before’.

‘I celebrate all these things. I wish others did too.’