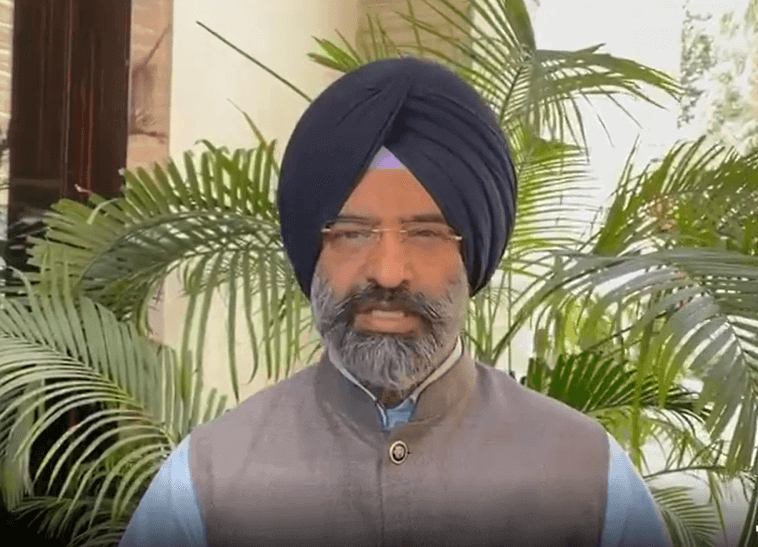 The Delhi Sikh Gurdwara Management Committee (DSGMC) President Mr Manjinder Singh Sirsa has strongly opposed the Centre Government proposal to set up a ‘memorial’ or a ‘statue’ dedicated to the 400th birth anniversary of Guru Tegh Bahadur outside Gurdwara Sis Ganj Sahib, Chandni Chowk. He said that the DSGMC will not allow such a move without prior approval. To avoid offending religious sentiments, permission should be sought first, Mr. Sirsa said in a twitter video on Sunday. He said he wrote to Prime Minister Modi for the same.

#ShareMax: We will not allow any Idol of Sri Guru Tegh Bahadur Sahib Ji outside Gurdwara Sis Ganj Sahib or anywhere else in Delhi. pic.twitter.com/lhmHS5yFUV

Mr. Sirsa said that before moving ahead with any such proposal, the Centre Govt. should have taken due approval from the DSGMC, which looks after Delhi's historical Gurudwaras.

He added that earlier, the Delhi Govt. had taken prior permission from the DSGMC before starting renovation work on the Bhai Mati Dass chowk.

Mr. Sirsa declared that the present team of the DSGMC will not allow anyone to install any monument in front of Gurdwara Sis Ganj Sahib or any other Gurudwara Sahib in the National Capital.

SGPC president Bibi Jagir Kaur has also contested the Centre’s move. “If there are plans to set up a statue of the Guru, these will be strongly opposed. Idolising Gurus is against Sikh principles and ethics. If a memorial is on the cards, it should be like the Virasat-e-Khalsa,” she said.

Gurdwara Sis Ganj Sahib is one of the nine historical Gurdwaras in Delhi. It was first constructed in 1783 by Baghel Singh Dhaliwal to commemorate the martyrdom site of the ninth Sikh Guru, Guru Tegh Bahadur.