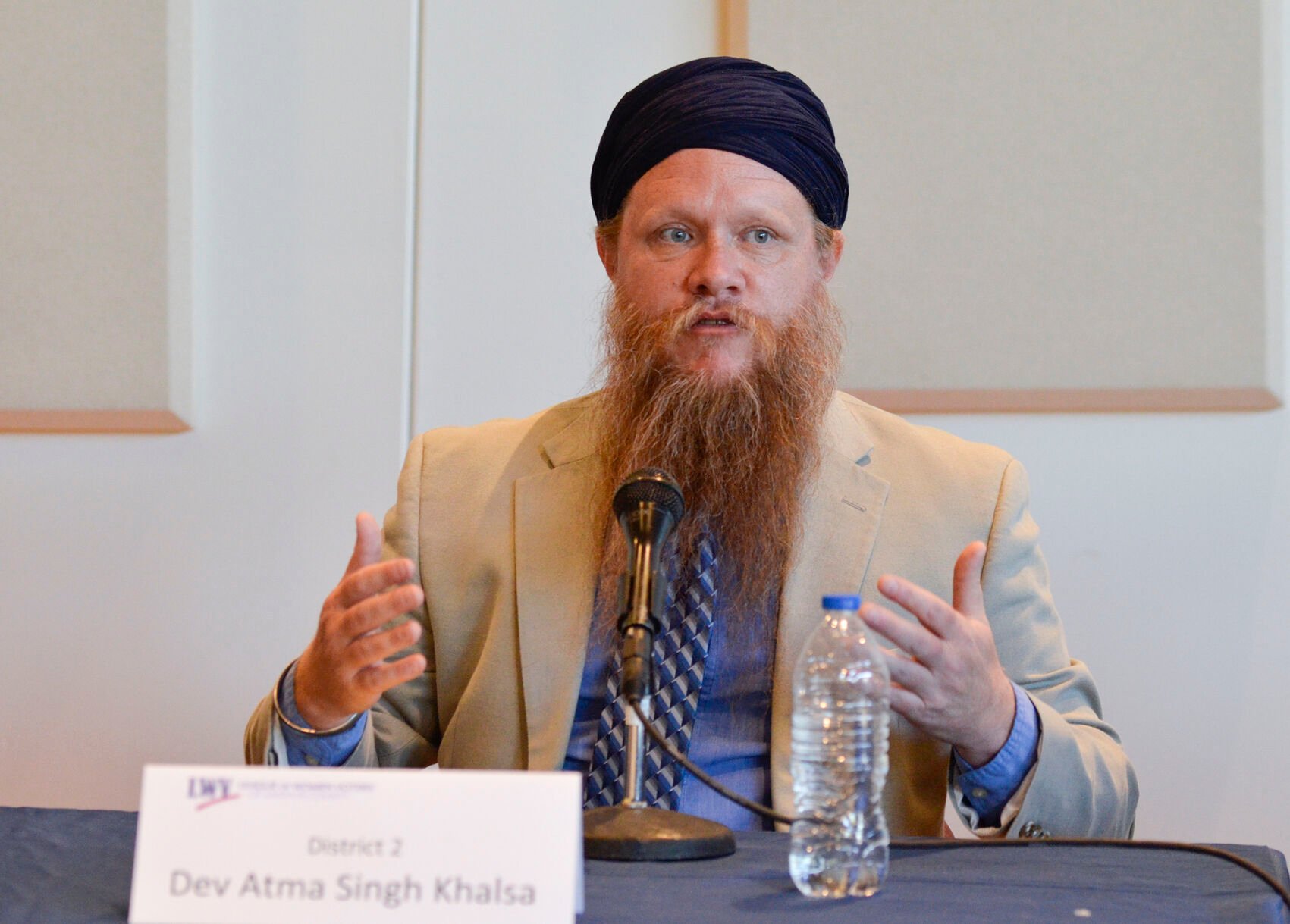 Dev Atma Singh Khalsa is all set to become the first turban-wearing Sikh elected to a judicial position in the U.S.

Khalsa, who lives in Española city of New Mexico, is set to take over the Division 2 Santa Fe County Magistrate Court bench. He had a 10 percentage point lead over his closest contender, recently retired paralegal Melissa Mascareñas, in a four-way race for the Democratic nomination. The other candidates were John Baca, a former court manager and sheriff’s deputy, and Michael Roybal, a court monitor for First Judicial District Judge Jason Lidyard.

Born and raised in Virginia, Khalsa will be replacing Judge George Anaya, Jr., who served for more than 25 years.

Magistrate judges deal with a variety of criminal misdemeanors, landlord-tenant disputes and traffic violations. They spend much of their time on driving while intoxicated (DWI) cases, but they also hear civil cases with an amount in controversy of up to US$10,000, as well as felony preliminary hearings to determine probable cause, the report added.

“It feels like the work is paying off, but I do feel it is too early to call,” Khalsa said late Tuesday night. “... I don’t feel like it’s a done deal in any way.”

In a campaign website, Khalsa4Mag, Khalsa said he studied at the College of William and Mary, St John’s College, and did his law training at the University of New Mexico. He has worked for the District Attorney since 2019.

He said he became Sikh in 2007 and since then has always sought to bring a compassionate, holistic approach to his life and law practice.

Khalsa said he believes he’ll be the first turban-wearing Sikh elected to a judicial position in the U.S., something he said was confirmed by the Sikh American Legal Defense and Education Fund based in Washington, D.C, reported Santa Fe New Mexican.