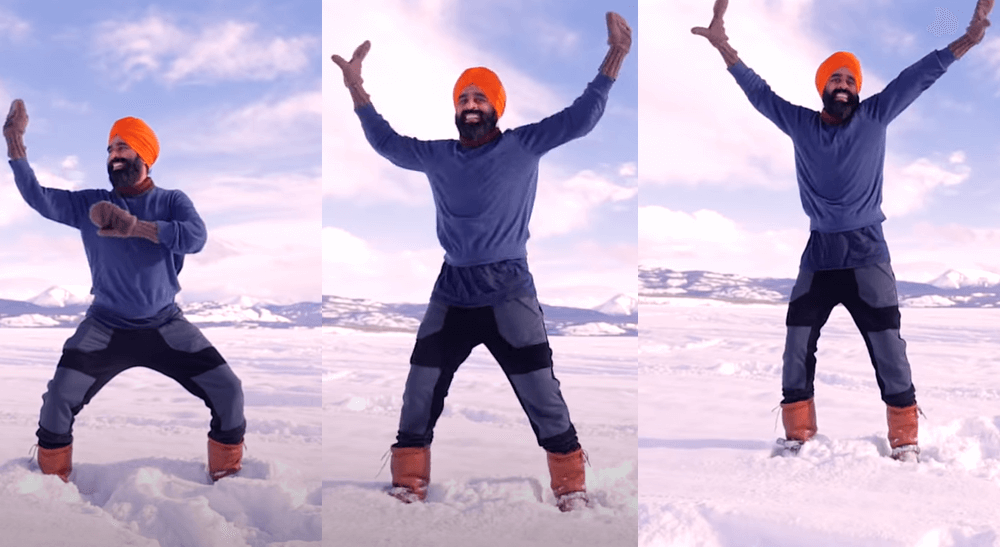 A Canadian Sikh has gone viral, and not surprisingly it is Bhangra that has made him a hit on social media.

Gurdeep Pandher, a choreographer from the Punjab, who performs in the snow, expressing his joy at having received his first dose of the coronavirus vaccine.

Ankle-deep snow, he dances on a frozen lake, in front of the snow-capped mountains of the Canadian Far North. Gurdeep Pandher, a dance teacher from Whitehorse, northwestern Canada, has something to celebrate: he just received his first dose of the Covid-19 vaccine on Monday, March 1, 2021.

The man then decides to let his joy be expressed by doing bhangra , a traditional dance from the Punjab, which stretches between India and Pakistan, and where he was born. He films himself, and broadcasts the video on the internet on Tuesday, March 2. His video went viral very quickly, which is viewed more than 2.7 million times in a few days, on the social network Twitter.

"It makes me happy and makes me vibrate"

“I felt happy because the vaccine is going to give people hope ,” he told CBC , Canada's broadcast television. For Gurdeep Pandher, expressing joy is dancing the bhangra.

“It's a dance that was created by farmers,” he explains. It has become popular in Punjab, and we dance it to celebrate something. As I grew up in this culture, it means a lot to me. It's a part of my heritage. It makes me happy and thrills me. And I'm happy that she makes people happy ” .

Yesterday evening I received my Covid-19 vaccine. Then I went to a frozen lake to dance Bhangra on it for joy, hope and positivity, which I'm forwarding across Canada and beyond for everyone's health and wellbeing. pic.twitter.com/8BS0N7zVZK

Singh is very popular on social networks. He has over 90,000 followers on Twitter, over 25,000 on Instagram. The man regularly posts videos of him dancing the bhangra, alone or accompanied.

Example the Video published in June 2019, in which we see him dancing with Canadian soldiers to highlight diversity and inclusion in the military.

@CanadianForces and @GurdeepPandher collaborated to create this #Punjabi #Bhangra dance video to celebrate #diversity and #inclusion in The #CanadianForces. Soldiers from different backgrounds make “One Force” with “One Love” for #Canada and #Canadians. pic.twitter.com/HFUXuQUvbe

In 2017, one of his videos went viral, in which we saw Dan Curtis, the mayor of Whitehorse, learn the steps of Bhangra.