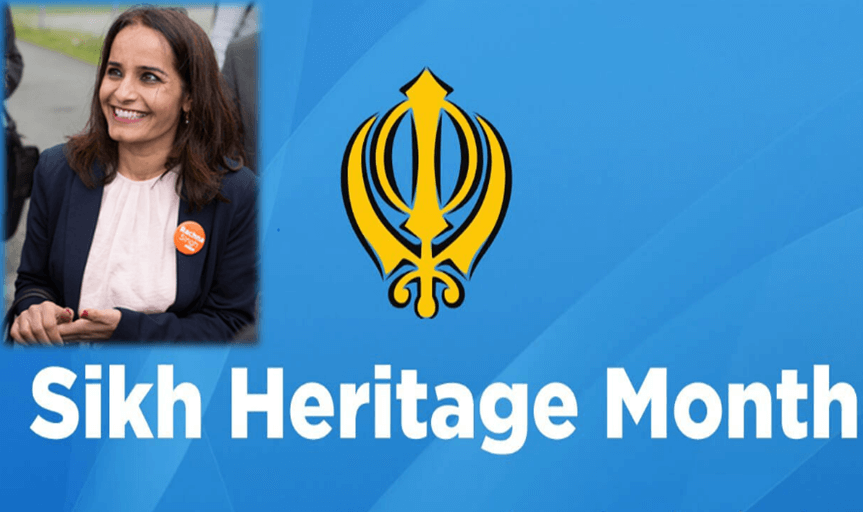 Rachna Singh, Parliamentary Secretary for Anti-Racism Initiatives, British Columbia released the following statement on April 1 to mark Sikh Heritage Month: "The Sikh community has continued to enrich and strengthen our province since the first Gurdwara opened its doors more than 100 years ago in Vancouver. British Columbia is now home to one of the largest Sikh populations outside of India, and we are grateful for the rich culture and diversity that they bring to this province. "April is an important month for Sikhs around the world. For more than 300 years, Sikhs come together to mark the creation of the Khalsa of Sri Guru Gobind Singh Ji, which imparts the values of equality, selfless service, and social justice that are so important to the Sikh community. This month is also a chance to celebrate the harvest and the start of a new agricultural year as part of Vaisakhi, the holiest celebration in Sikh faith. "While celebrations will look different this year with COVID-19 still on our doorstep, I encourage everyone to take the opportunity this month to take part in these festivities in a safe way and learn more about a community that has played a significant role in shaping this province over the last century. "The last 12 months have challenged us all in so many ways, but our government remains committed to stamping out racism and discrimination in B.C. That's why we're making it a priority to introduce B.C.'s first anti-racism act and legislation that will help reduce systemic discrimination and pave the way for race-based data collection. "At a time when so many are divided, we can all learn from the Sikh notion of Sarbat Da Bhala and the wish that everyone should prosper. "I encourage all British Columbians to join us in honoring Sikh Heritage month and taking inspiration from the invaluable contributions that Sikh Canadians have made—and continue to make—to communities in B.C. By treating each other with respect and dignity, and lifting people up at every opportunity, we can make B.C. a more just, inclusive, and welcoming province for everyone." Rachna Singh was first elected as MLA for Surrey-Green Timbers in May 2017. She was the convener of the Special Committee to Appoint a Police Complaint Commissioner and the Special Committee to Appoint a Conflict of Interest Commissioner. Rachna moved from India to Canada in 2001 and chose Surrey to build a better life for her young family. She has worked to improve worker’s rights as a representative with the Canadian Union of Public Employees.