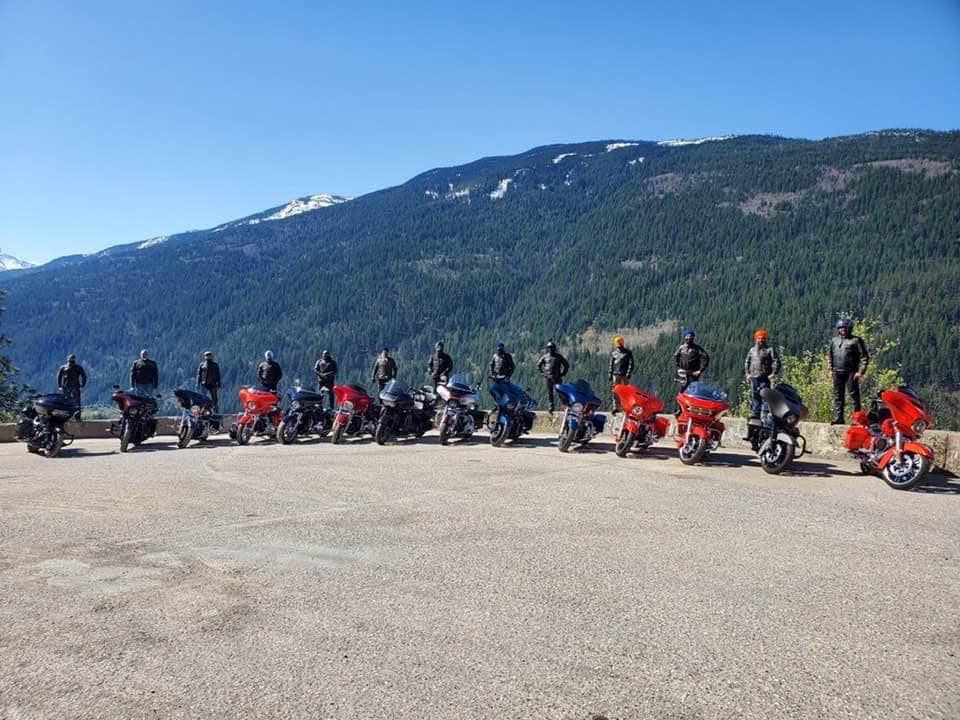 Over 50 bikes with the Sikh Riders of Canada Motorcycle Club traveled from Abbotsford to Kamloops on Saturday to stand in solidarity with the Indigenous community after remains of 215 children were found in unmarked graves at a former residential school. The remains of 215 Indigenous Canadian children were found on the site of the Kamloops Indian Residential School, B.C – the largest school the Canadian government legally mandated indigenous peoples to attend. Amarjit Dhadwar is one of the members of the Sikh motorcycle club and was along for the ride and he says there was no question that the Sikh community would stand with their Indigenous brothers and sisters in honouring the loss of children’s lives. Dhadwar explains seeing the Indigenous community welcoming them and cheering as they rode to Kamloops was extremely emotional. Once they arrived, Dhadwar says their leaders spoke of the community and gave the statement that the Sikh community are standing with them. “It was so emotional when we saw those memorials for those kids and met the young children in the event,” he says, adding he gets goosebumps and feels like crying thinking about what the Indigenous community is going through.

Yesterday the BC Sikh Motorcycle Club made the trip from Abbotsford to Kamloops to honour the lives of the 215 children found buried at the site of a residential school. Members met with members of the Indigenous community to offer their condolences and support @NEWS1130 pic.twitter.com/WEwvcmK53J

Dhadwar adds the journey was not without its challenges — rain and slippery conditions along the Coquihalla made for a dangerous ride.

However, “that pain is not that big” compared to what the community was feeling in Kamloops he says.

He added this isn’t the end and the Sikh community will continue to do what they can to support Indigenous people.

The discovery sent shock waves through the nation, prompting communities from coast to coast to lower their flags to half-staff and hold moments of silence in honor of the children.