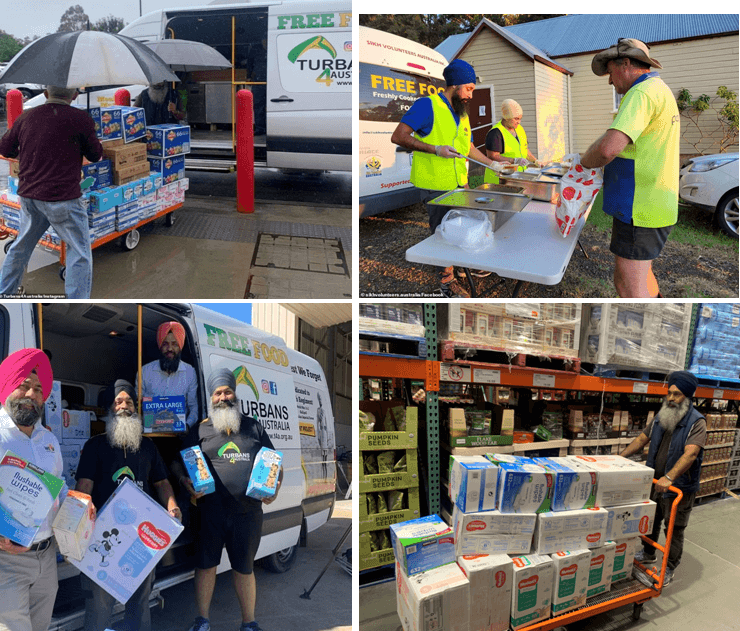 Rains have been impacting communities since Thursday but flooding intensified over the weekend, with images showing roads, trees and houses completely submerged in floodwaters in some areas.

They also flew out supplies to Kurrajong, which could not be reached on four wheels

Australia’s Sikh community has come forward to help those affected by the Sydney floods.

Turbans 4 Australia, a Sikh charity organization in Sydney have been delivering urgent supplies for people stranded in the floods around the west of Sydney, and have even stocked a helicopter for Kurrajong residents.

They have been donating flushable wipes, nappies, muesli bars, chips, gloves, garbage bags and other essential supplies to impacted communities. 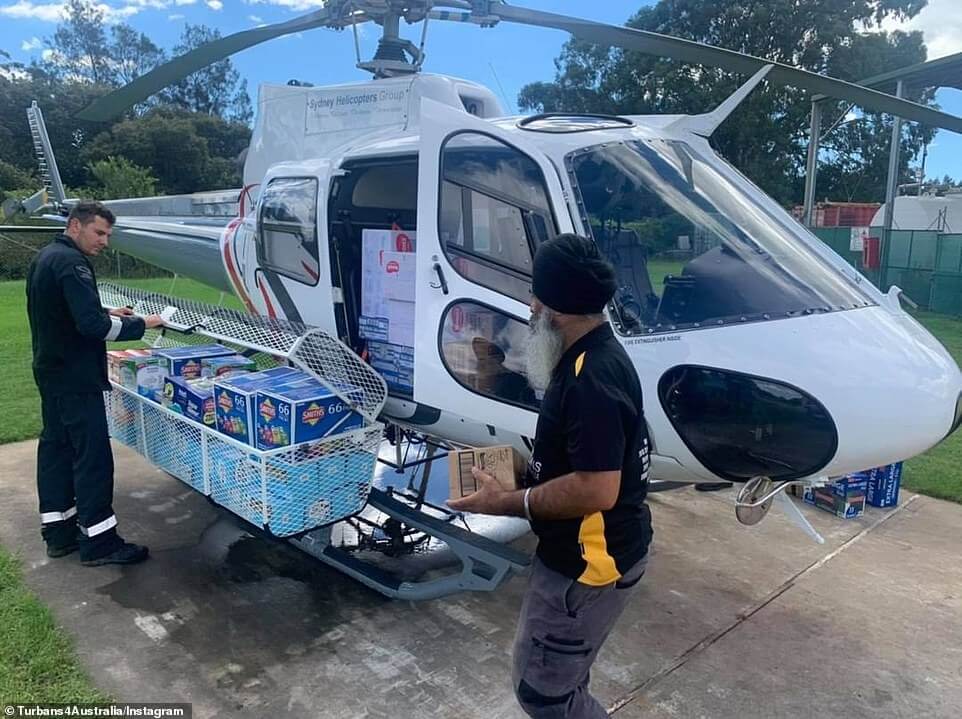 Turbans 4 Australia volunteers flew out supplies to Kurrajong, which could not be reached on four wheels

Also, Sikh volunteers in Melbourne drove 12 hours to cook free curries for starving residents and others bought a washing machine so that SES volunteers would have a clean pair of pants.

A severe weather warning has also been issued for neighboring Queensland, with heavy rains likely bringing flash flooding to southern and western parts of the state.

With three other Sikhs who flew to Sydney, the volunteers took leave off work to cook hot curries for people who have lost their homes in the floods.

Mr Singh said one woman in Castle Hill, Sydney, cried when he gave her a curry and told her how far he had travelled to help out.

'People were so welcome and so happy to see us. Because when we told them we are from Melbourne, they are so surprised,' he said.

'One lady started to cry as well, she was so humbled. Like you guys came from a long drive and to help us here.'

In only two days, the volunteers have visited the New South Wales towns of Taree, Oxley Island, Manning Point and are now based in Castle Hill in Sydney and are planning on staying for another week.