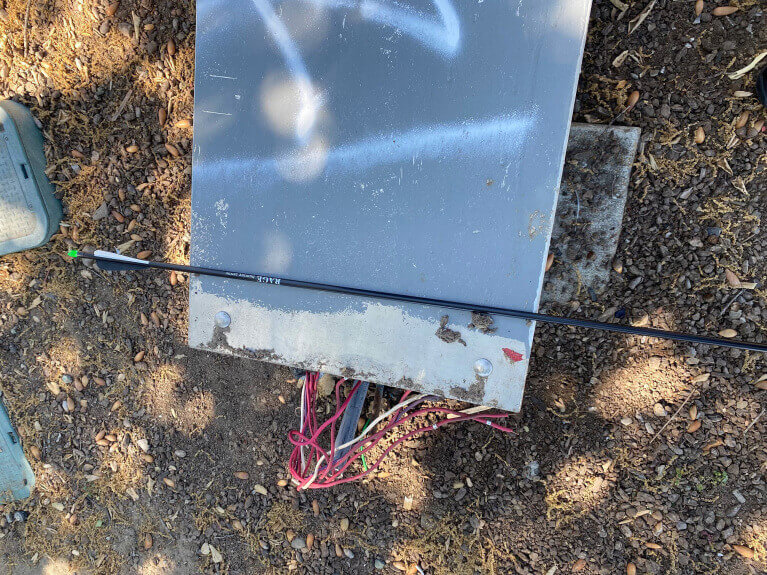 A Santa Clara Valley Transportation Authority sikh employee was shot in the back with an arrow on Tuesday afternoon, authorities said. The attack happened on Sierra Grande Way near South Capitol Avenue, two blocks from the Alum Rock Transit Center around 2:30 p.m. on Tuesday, April 27, 2021. The employee was “walking in a residential neighborhood on his work break when he was struck in the back with an arrow by an unknown assailant,” the Sheriff’s Office said. Deputy Russell Davis of the Sheriff's Office said, “That arrow did pierce his skin when it hit him”. “We’re using all the resources right now to see if this was actually a hate crime. We don’t have that information at this point. I will tell you this was a targeted attack,” said Davis. Davis added the victim was walking with a fellow driver, and both men wore turbans, which investigators are factoring in as a possible motive for the attack. A black-colored arrow was recovered, which was apparently slung from a bow at the driver. The president of the bus driver’s union ATU Local 265, John Courtney, said the 36-year-old sikh man, who’s a five-year employee, was hit with an arrow that narrowly missed vital organs. “It could have been a lot worse than it was. It came very close to hitting his lungs, the arrow, into his back area. So he’s very thankful. Sounded like he was in OK spirits for what happened, and he’s hoping to make a full recovery,” said Courtney.

The sheriff’s office is asking anyone who witnessed the attack or has information to call 408-808-4500. Those wishing to remain anonymous can call the tip line at 408-808-4431. ATU Local 265, VTA, and the Sheriff’s Advisory Board are each offering $1,000 rewards for information leading to an arrest. For information, go to the ATU’s website: atulocal265.org