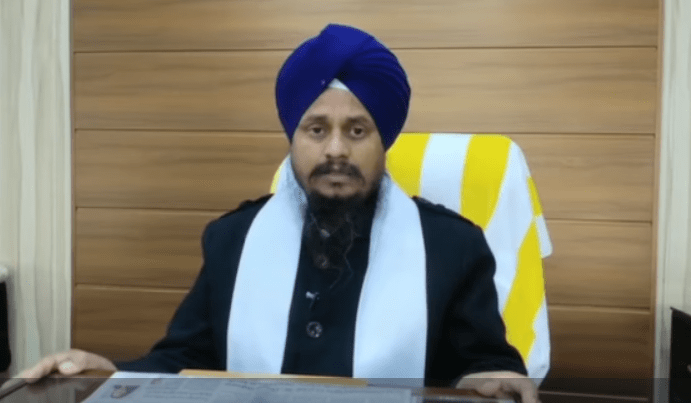 Akal Takht Jathedar Giani Harpreet Singh was Friday granted 'Z' category security by the Union Home Ministry, but he declined the offer saying it would have hindered his work as a religious leader. Singh said that he respected the Central government for showing concern for him.

Giani Harpreet Singh said, "Don't know what input they (Central government) have. I thank govt for offering security. But this would hinder my meeting with the people for the spread of Sikhism."

Home Ministry officials had said in Delhi earlier in the day that the decision to accord the country's second-highest category security to the Sikh religious leader was taken in view of the enhanced threat perception.

Singh said that being the Jathedar of Akal Takht his area of work is to propagate the Sikh religion, it principles and tenets and that he has to travel within and outside the country for the purpose.

During the discharge of this duty, he said, he often has to meet a lot of people and sometime he needs to stay at somebody's residence. "In such situations, travelling with 'Z' category security is not feasible for me. There will be many problems for me," he said.

Singh was to be provided security by Central Reserve Police Force (CRPF) personnel. Sources said that official orders have been issued in this regard given the current situation in Punjab, and added that "Singh had not asked about any security".

The Akal Takht Jathedar was one of 424 people whose security was pruned by the Punjab government. Even though his security was later restored by the state government, the Jathedar had refused to take it.