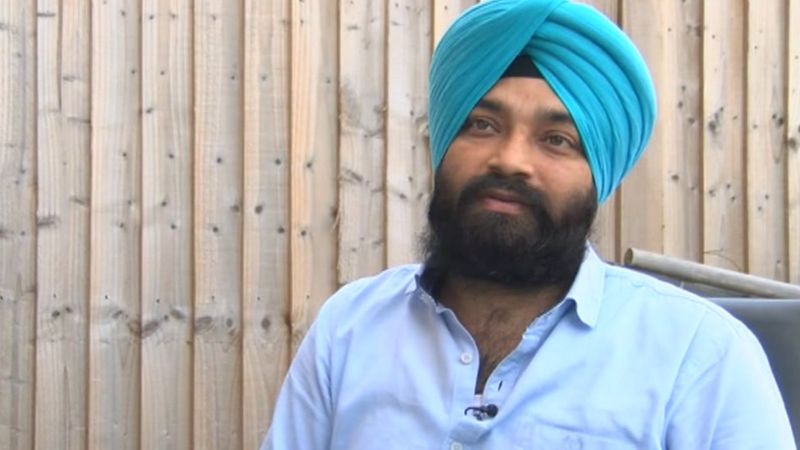 Vaneet Singh who had started driving a taxi due to COVID restrictions, was assaulted by passengers in an alleged hate crime in the city of Reading in south-east England.

After months of investigation, detectives have charged three men which include one teenager from Aldermaston and another from Bramley.

Frankie Gregory, 19, of Moat Close in Bramley, has been charged with racially or religiously aggravated common assault.

Additionally, Billy-Sam Simon Shervell, 20, of Honeysuckle Close in Swindon, has been charged with racially or religiously aggravated criminal damage.

The trio will appear before Basingstoke Magistrates' Court on April 8, 2021.

Singh, who lives in Tilehurst with his wife and three children, said "It was horrible, really frightening, I will never work the nightshift again. I'm still very scared".

"They also kicked and punched me in the back through the seat and kept tightening my safety belt. They said, 'Are you Taliban?' I said, 'No, I'm a Sikh', and told them its a religious symbol and asked them not to touch my turban," he added.  All the three men got out at red traffic in Basingstoke, kicked the back of his car, leaving a dent and left.

He also added the passengers were well behaved at the start of the journey but "totally changed" as it went on.