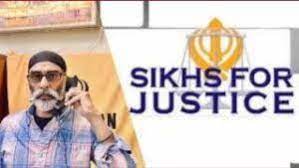 In a globalized world where people struggle to define their identities, secessionist movements are not uncommon. In Europe, Spain still reels from the so-called independence referendum in Catalonia, while Scotland is readying itself for another bout with the UK government over its proposal to hold a second referendum of independence. Canada has its own share of issues with French-speaking Québec and let's not dive deep into the many conflicts that plague Eastern Europe and Africa. The purpose of giving these examples is to understand how the so-called referendum being held by the Sikhs For Justice (SFJ) organization is not qualified even to be called that.

This is perhaps the only such exercise where the majority of people living in the said area have no interest or means to participate. It is being held in foreign countries under the guise of freedom of speech. The sole purpose appears to sow seeds of division on the basis of religion. The idea is simple and dangerous: to create a theocratic state. People projecting this vision of an independent nation are not even living on the land they wish to "free". They don't walk among the regular folks to debate their ideas, but merely want force their vision, grab limelight and collect funds from unwitting common folk. The sole purpose appears to be vilifying India with made-up statistics about the state of Sikhism in India. The more you read about their plan, the more you realise the absurdity of it.

As the history will tell us repeatedly that movements which divide people over religion often have violent results. Punjab is painfully aware of this and anyone who intends to repeat it is either acting with pure vested interests in mind or simply does not care for the suffering it may cause, or even more likely, both. SFJ’s tactics, naturally, has drawn unequivocal support from Pakistan— a nation known for state-sponsored terrorism. This is no longer a secret. SFJ’s legal advisor Gurpatwant Singh Pannun has called upon Pakistan to help them “liberate” Punjab. At the behest of Pakistan’s spy agency, ISI, the nation has propped up its support for many pro-Khalistan groups, including SFJ. Back in 2020, intelligence agencies in India unearthed a plot where SFJ sympathisers, with the aid of ISI handlers, aimed to carry out a slew of targeted killings to destabilise communal harmony and peace in Punjab. Further, ISI allowed SFJ to operate in Pakistan so that when Sikh pilgrims visit, they can display and distribute pro-Khalistan materials.

SFJ organised seminars and workshops for Referendum 2020 and attempted to lure visitors from Kartarpur Corridor to attend. The group members were involved in Tarn Taran blast case as well, and one of the caught members revealed that they were tasked with assassinating several leaders of prominent deras. These are not the actions of someone who believes in democracy. Backchannel funding by ISI for anti-India activities is an established fact. It goes for things such as cross-border terrorism, secessionist movements, support for insurgency groups within India and so on.

Punjab has especially been the target of Pakistani establishment as they dream to revive decades-old insurgency in the region. Pakistan’s attempt to destabilise the region through funnelling drugs are well-documented. India has been fighting against such hawala transactions, but given the complexity of global financial system, they are hard to track. No sovereign nation would tolerate an attack on national integrity and unity. This is the reason the Union government banned SFJ in 2019. However, it continues to operate through illegal means. Recently, India has also been asking friendly nations such as Canada and the UK to act against the organization which is clearly willing to opt for violent means to achieve its ends. Their sympathizers need only to ask one question: how is any of it for the welfare of Punjab?