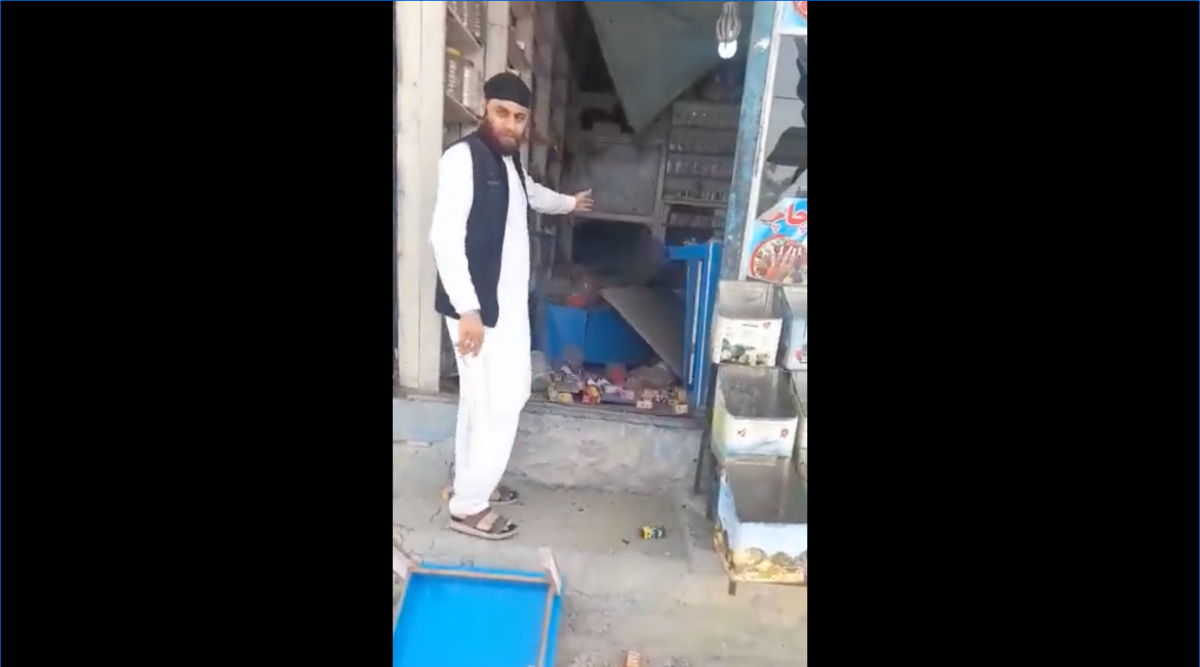 Sikh shopkeeper in whose shop the explosion happened
July 28, 2022 Editors

Terror attacks on minority community especially “Sikhs & Hindus” living in Afghanistan is not taking a pause. An explosion rocked a Sikh’s shop which is situated in vicinity of Kabul’s Kart-e-Parwan Gurudwara on Wednesday dated 27 July. Fortunately no one was hurt in the explosion. This is the second incident happened in the vicinity of Gurudwara in past 40 days. Earlier on 18 June terrorists attacked Gurudwara Kart-e-Parwan in which 2 lost their lives and several received injuries. Now a Sikh shop has been targeted.

Resultantly panic has gripped in the minority community residing in Afghanistan and the relatives are also feeling the heat of such act. Hence Afghan Sikh community residing in Delhi have urged Prime Minister of India, Narendra Modi to evacuate members of both the minority committees remaining in Afghanistan at the earliest. Post Gurudwara Kart-e-Parwan, with the help of Government of India & SGPC, 32 Sikhs and Hindus were evacuated from Afghanistan.