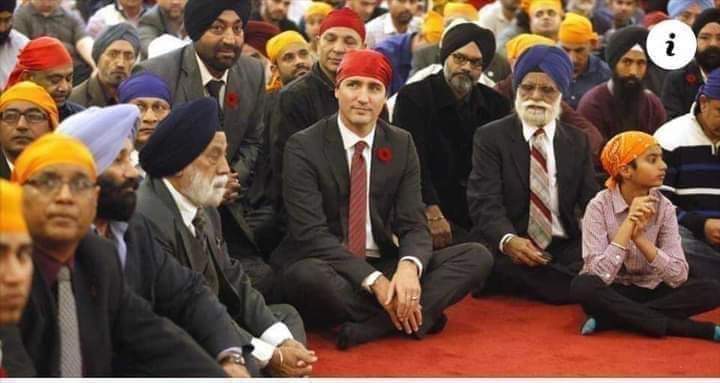 On social media, an image of Canadian Prime Minister Justin Trudeau surrounded by members of the Sikh community has been shared.  It is being claimed that Trudeau participated in farmers’ protest in Canada. The Facebook page 'K9media' posted the picture and wrote, "Canada-#Prime Minister of Canada during the protest of farmers." As of this writing, the post drew 1,400 likes.

The picture has also been shared on Twitter against the backdrop of Trudeau’s support to the ongoing farmers’ movement.

A simple Google reverse image search led us to a report by Hindustan Times published in November 2015. HT Punjab also tweeted these pictures of Canadian PM Justin Trudeau’s Gurudwara tour on November 12, 2015. According to the tweet, on the occasion of Diwali, Trudeau went to a gurdwara in Ottawa's capital.

A picture Canadian Prime Minister Justin Trudeau’s visit to a gurdwara was from November 2015.

Image was falsely shared as him participating in farmers’ protest in Canada.