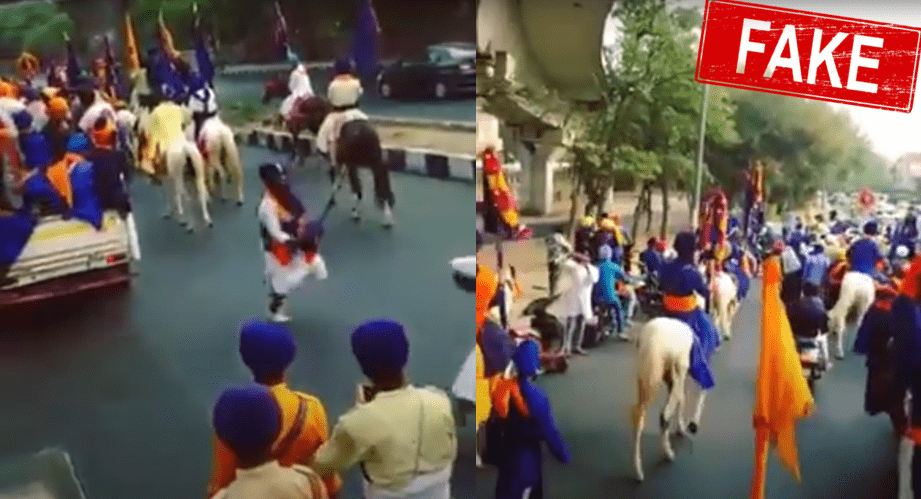 A viral video on facebook, Instagram and Twitter with the claim that 20,000 Nihang Sikhs have departed for Delhi from Punjab on 2,000 horses to support protesting farmers. A Twitter user, posted the video on December 1. It is viewed more than 36,000 times. twitterlinktext On performing a reverse image search on Google using InVID, a video verification browser plugin. It is found that the video was uploaded on YouTube in November 2018. The same video was uploaded on YouTube earlier this year with the title ‘Delhi Fateh Divas 2018 Budha Dal Nihang Singh’. fblinktext According to a 2014 report in Business Standard, Fateh Divas celebrates the capture of Red Fort in 1783 by the Sikh military general Sardar Baghel Singh. The report added that the Delhi Sikh Gurdwara Management Committee celebrated it in a two-day event on March 8 -9 in 2014.

The video is 2 years old.

The claim that 20,000 Nihang Sikhs are marching towards Delhi on 2,000 horses is false