A Sikh Gurdwara in Floral Park was vandalized earlier this week, and Nassau County police are asking anyone with information to come forward.

According to police, someone broke into the temple, located at 383 Jericho Turnpike, between 6:30 p.m. Monday and 5:41 p.m. Tuesday.

The vandalism, which is being investigated by the county department’s Williston Park-based Third Squad detectives, the department said in a news release.

"A ladder was discovered leaning against the outside of the building, which allowed the subject to enter through a window. Graffiti was located on the roof, windows and the fence," according to the release, which did not specify which words were sprayed on.

The graffiti contained racial slurs and religious words. The building was broken into, but nothing was stolen, police said.

The graffiti also included the phrases “Trump 2024 Make America Great Again!", “I love Jesus! Only God!” and “this aint ya trap,” followed by an an ethnic slur against Arabs. Sikhs are commonly mistaken for Muslims because of their turbans and often experience anti-Muslim discrimination. 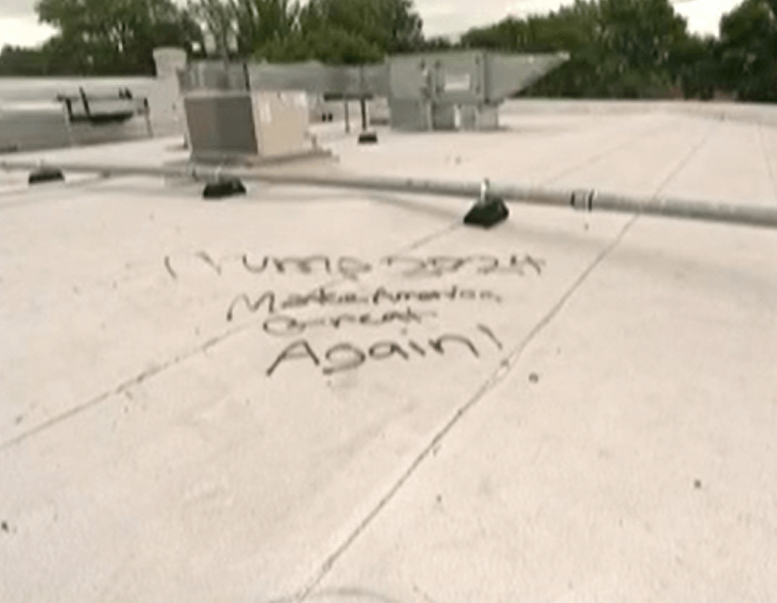 Graffiti at the rooftop of Gurdwara NYC

Gurdwara Manager Anoop Singh says he received a call that the temple had been vandalized on Tuesday.

"I mean it has happened quite a bit now," says Singh.

"It has happened over seven or eight times over the years. But this was the tipping point because six months ago there were gunshots through the windows. This was the domino effect where they wrote down hateful words."

The Gurdwara has been under construction and is set to reopen in a couple of months.

Police are asking anyone with information about the incident to contact authorities at 1-800-244-TIPS. All callers will remain anonymous.

Scroll To Top
Filter by Country