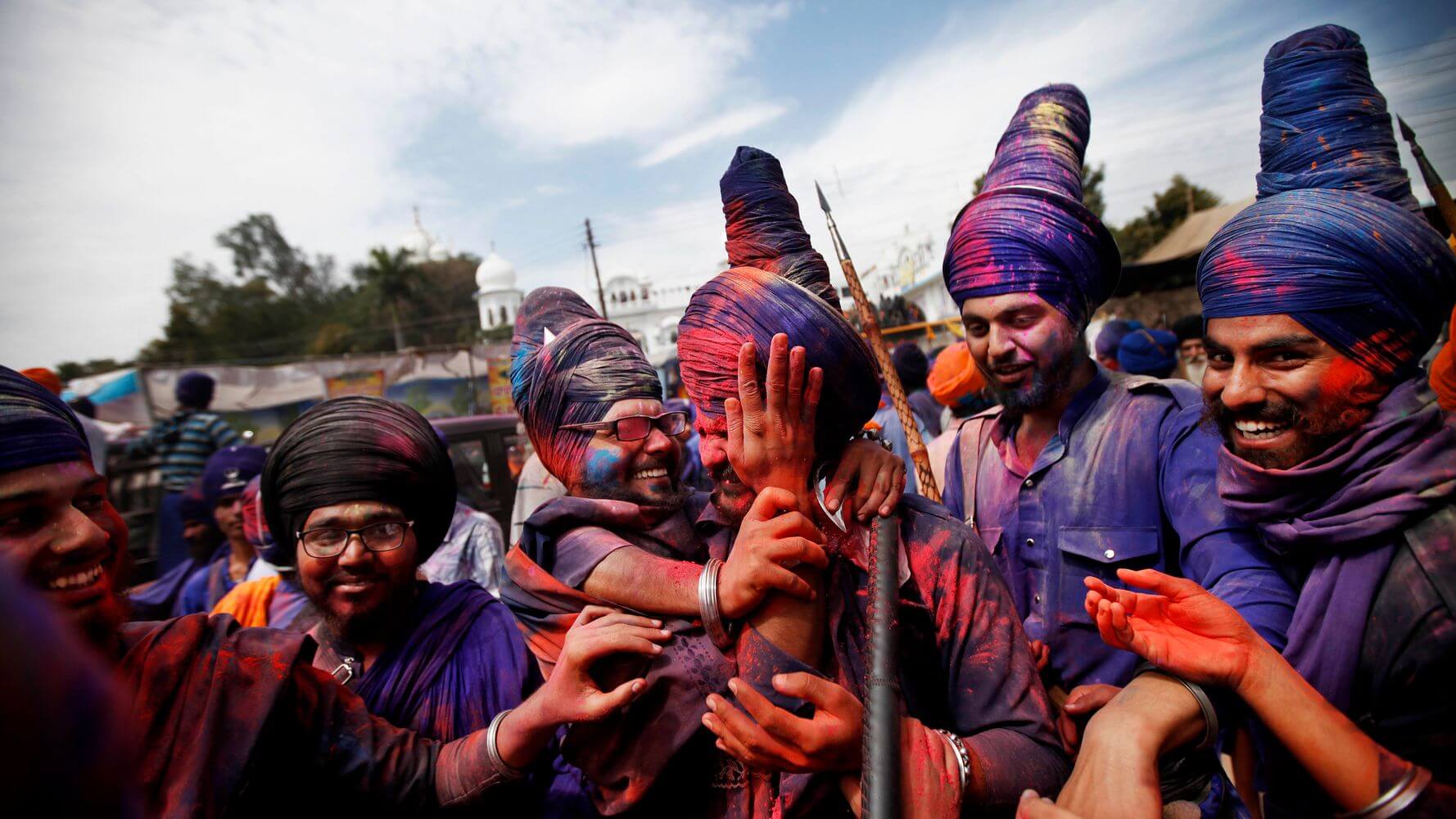 The glory of Punjab lies in the seasons and their transition of moving from one weather to another that makes the culture even more rich and luscious. The jittering colds of North India are certainly not pleasing for the body but when Spring comes, the entire Punjab sways with the almost ready crop of wheat and celebrates the onset of summer with the auspicious occasion of Hola Mohalla.

Hola Mohalla is one of the major days of glory that the Sikh community proudly celebrates and is roughly estimated to be celebrated on the same date as the Hindu festival of Phalgun at Sri Anandpur Sahib, Punjab. The 10th Nanak, Guru Gobind Singh Ji established this tradition where the martial valor of his proficient army showcased their skills of swordsmanship, battleship and the employment of their weaponry in times of war. The three days of Hola Mohalla count as a symbolic propagator of power of the Sikhs over the unrighteous and a celebration of being one with God.

During the onset of this tradition, the stimulated battles that were closely scrutinized by Guru Ji himself, had an aim to propagate martial preparedness amongst his Sikhs and to motivate the cavalry of devoted Sikh men who had the

responsibility to protect and save their panthic values from the invasions of fanatic sacrilegious invaders. The city of Sri Anandpur Sahib, which has supreme historical relevance as it was the birthplace of the Khalsa Panth, the holy grounds of Guru Teg Bahadur Ji’s cremation and the capital of the Khalsa Regimen led by Guru Gobind Singh Ji. During the three days of Hola Mohalla, the city beams with martial supremacy as numerous devotees of the Khalsa Sect arrive to be lost in the divinity of the atmosphere that the festival of Hola Mohalla creates.

The days begin with the arrival of Sikh Nihangs, the armed forces of Guru Granth Sahib Ji, clad in sacred blue of the Sikhs. Nihang Sikhs from all around the world adorn their sacred robes (Baana) with their signature Bunga Dastaar which is decorated with a variety of handheld weaponry. As the day of Hola Mohalla is celebrated on the same day as the Hindu Holi, the Gurdwara Sri Anandpur Sahib and Sri Kesgarh Sahib looks like a sea of blue and yellow, along with bounty of fragrant gulaal (coloured powder) mesmerized in the Kirtan and Hymns recital by the Raagis.

Along with that, warfare mock combats are conducted where the Nihangs showcase their homage towards the Sikh martial arts Gatka, and groups from all across the globe aim to participate and represent their expertise. Nowadays, even women become an indispensable part of the Hola Mohalla as women hold the equal valour of martial training in the Sikh tradition.

If one looks at the connection between Hindu Holi and the Sikh Hola Mohalla being celebrated on the same day, there is no concrete proof that Hola Mohalla was bound to be celebrated on the same day as Holi. Nonetheless, this day marks it as a holy day for all the people around the Indian Subcontinent as it symbolizes the victory of belief in God and the supreme over the treachery of evil and those who induce exodus. As one compares to Holi, the famous festival, there's no doubt that the clear message was the presentation of devotion towards God wins over the evildoers and the material hoarders of the worldly possessions. The Sikh Hola Mohalla represents a similar motif and exemplifies the power of practice and fidelity towards one Dharma can make the way to eternal truth.

In contemporary times, various Gurdwaras all across India replicate the festival of Hola Mohalla with millions of devots gushing in one spirit, the spirit of respect and a desire to be one with the omnipresent. Nowadays, modern sports also took place in combat as horse riding, motorbike racing and kabbadi contests also have become an attraction at the holi festival.