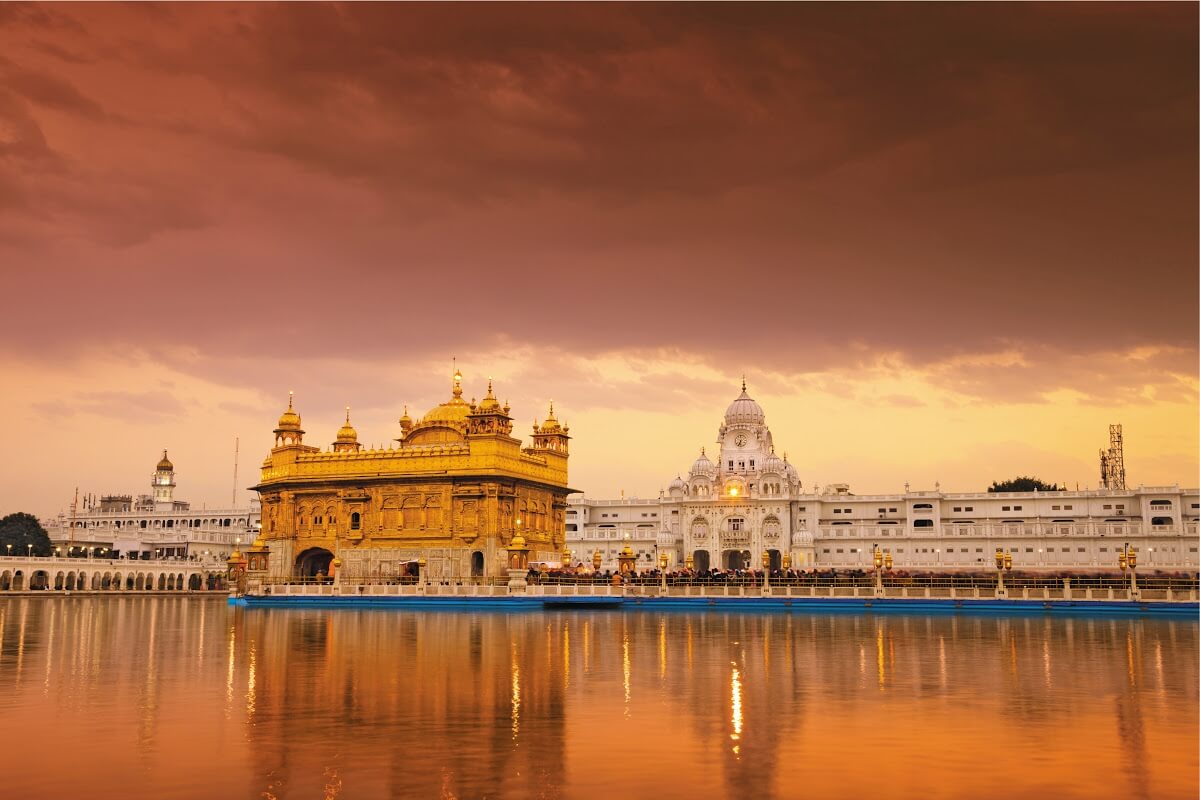 Sri Harmandir Sahib, also known as Sri Darbar Sahib or Golden Temple has four doors opening in all four directions. The doors serve a symbolic purpose. They represent that people from all walks of life, from all around the world, and members of all four varnas are equally welcome in this place of worship.

The four doors are termed as the Door of Peace, the Door of Livelihood, the Door of Learning and the Door of Grace. Also, the sanctum sanctorum in a Gurdwara is always well lit, and the light indicates that no matter where we are or how lost we may be, Guru’s light will always be visible and accessible to all those who seek it.

To understand their significance, and why the doors came to be, we need to go back to the origin of Sikhism itself.

The first Guru, Guru Nanak, found the morality of the society lacking during his time; and he believed that the religious leaders are incapable of guiding the masses righteously. To create a new discourse on faith and religion, he used to invite people from all communities to sit together and discuss the state of society and how God is a unifying force, rather than a divisive one. These ‘Sittings’ were called ‘Chaunkis’ and they became the nucleus of reformation within the society.

“As fragrance dwells in a flower,

And reflection in a mirror,

So does God dwells in every soul;

Seek him therefore, in thy self.”

These words later became the basis of many Sikh practices and customs, including the banishment of caste names, the community kitchens that serve all, the four doors in a Gurdwara and respect for all religious affiliations.

As Chaunkis became more and more popular attracting a larger number of people, then these came to be known as ‘Diwans’ or meetings. Initially, the Chaunkis were held within the confines of homes of the faithful as there was fear of sporadic persecution by Mughals. But later, they had to be held out in the open because no home could accommodate a large number of people. By the time of Guru Angad, it was felt that there is a need to set up centers of learning to spread the good word of Guru Nanak. This is where ‘Langar Pratha’ began— a community kitchen which was accessible to all.

The third Guru set up 22 Manjis (seats) in different part of the country to preach the message of peace and universality of God. It was under the guidance of the fourth Guru, Guru Ram Das Ji, that the city of Amritsar was founded. In great show of interfaith unity, Guru Arjan Dev invited a muslim saint, Hazrat Mian Mir, to lay the foundation stone of Sri Harmandir Sahib.

This was the culmination of a long historical evolution in the history of Gurdwaras. The holiest worshiping place for Sikhs ‘Sri Harmandir Sahib’ was founded based on the same principles upon which Sikhism was based. The architecture of the holy building reflected the same. As mentioned before, it had four doors opening in all four directions, indicating openness and a warm welcome to all human beings, regardless of caste, creed, religion, place of birth or social/economic station. 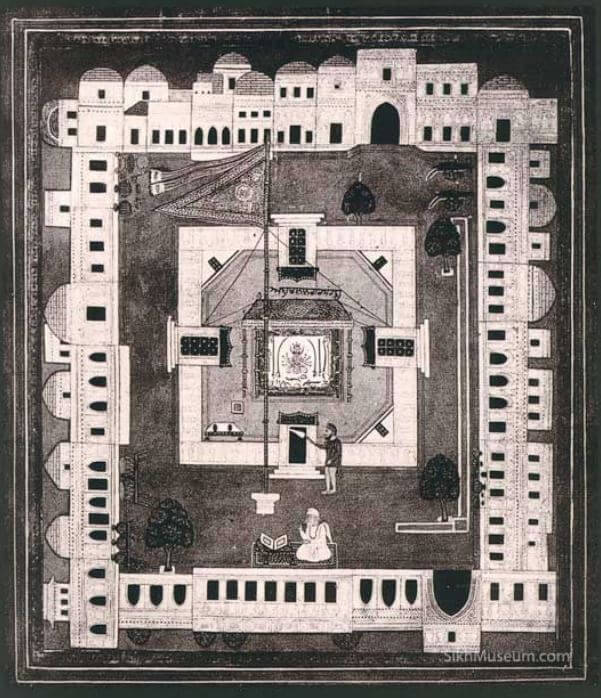 Importance of the four doors of Gurudwara

A Gurdwara literally translates as a Guru’s door. It is a place of public worship, but more than that it is also a place to reflect and meditate. It is visible from afar, owing to Nishan Sahib— a tall flag pole wrapped in saffron color. There is no rule-book which must be followed to build a Gurdwara, but most of them adhere to Indo-Sarasenic style. If there are enough financial resources available, then the main building is usually accompanied by a large pool of water, called ‘Sarovar’, which beautifully reflects the building.