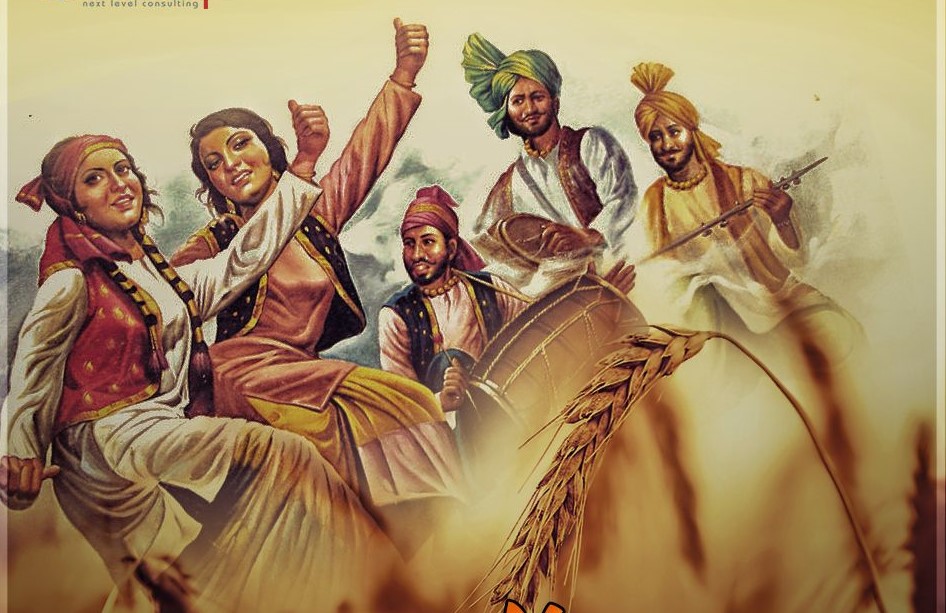 A Home Away From Home—

A few decades ago, in countries like the United Kingdom and Canada, Vaisakhi was a faraway dream for Punjabi immigrants. They missed the huge celebrations and processions taking place back in their homeland— the jhakis, the fairs, the Nagar Kirtans and gatka displays had become a thing of their past.

Owing to globalisation, demographics in Western societies have seen a sea-change as Punjabi population grew steadily around the world. Over the years, several pockets of Sikh and Punjabi communities were firmly established around the globe, and they brought with them their beliefs, their cuisine and festivals. Today, we can as easily find a frozen prantha in Canada as we can find a cup of Tim Hortons coffee. Punjab and its culture is no longer limited to its area of historical origin, and it has fast become a global phenomenon. ‘Punjabi’ as an identity and ‘Punjabiyat’ as a culture has found a home away from home.

Vaisakhi is enthusiastically celebrated within Punjabi communities in Canada, the UK, the USAand other Western countries. Given the growing visible representation of Sikhs in electoral bodies, the governments in the West recognise the importance of engaging the Sikh community. For instance, Canada recognises April as Sikh Heritage Month. This year, Canada’s Minister of Housing and Inclusion wished the Sikhs and Punjabis on the occasion of Vaisakhi. He added, “Canada is the home of one of the world's largest Sikh diasporas. More than 500,000 Canadians of the Sikh faith have helped make our country what it is today.”

Welcoming the Spring With Tons of Food—

Vaisakhi is a confluence of many occasions. It is a harvest festival, celebrating the product of months of labor by farmers. Rabi crops like wheat, oats, barley, oilseeds and pulses, which are planted in winter, are harvested at this time.

It is also a mark of the change in seasons as the spring takes hold in the Northern Hemisphere, including in India and most Western countries like Canada and the USA. It also marks the establishment of the Khasla Panth by Guru Gobind Singh Ji in 1699. It is for this reason that April 13 is also celebrated as ‘Khalsa Sirjana Diwas’. And lastly, it is also the first day of Hindu and Punjabi Solar Calendar.

At the centre of all these celebrations lie sumptuous food items made for this special occasion. Food is the fulcrum on which the community unties. You can never go wrong with a bowlful of rice kheer accompanied by ‘Aalo Puri’. And then we have the classic dish of ‘makke di roti’ and ‘sarson da saag’, even though it is primarily a dish of the winter.

Back in India, perhaps the largest celebration is held at Takht Sri Keshgarh Sahib. In Canada and the UK, the celebrations are, of course, not as large but they do not lack enthusiasm. From Vancouver in British Columbia to Birmingham in England, annual Vaisakhi celebrations are held joyously, sometimes including Nagar Kirtan processions. In fact, holding Nagar Kirtan has been a long tradition in Vancouvar, ever since the 1980s. It traverses through Punjabi Market in the south of the city and attracts several hundred thousand people.

Gurdwaras As A Unifying Force—

Gurdwaras, besides being the place of worship, are also places where people come to mingle and the whole  community comes together to prepare and serve Langar. Everyone is welcome irrespective of their religious affiliations. It is evident by the participation of a diverse Indian community from all parts of the country who come and join their Punjabi brethren in the festivities. In a world that is uncertain, Gurdwaras act as a beacon for inter-faith unity and without a doubt, restore our faith in humanity.