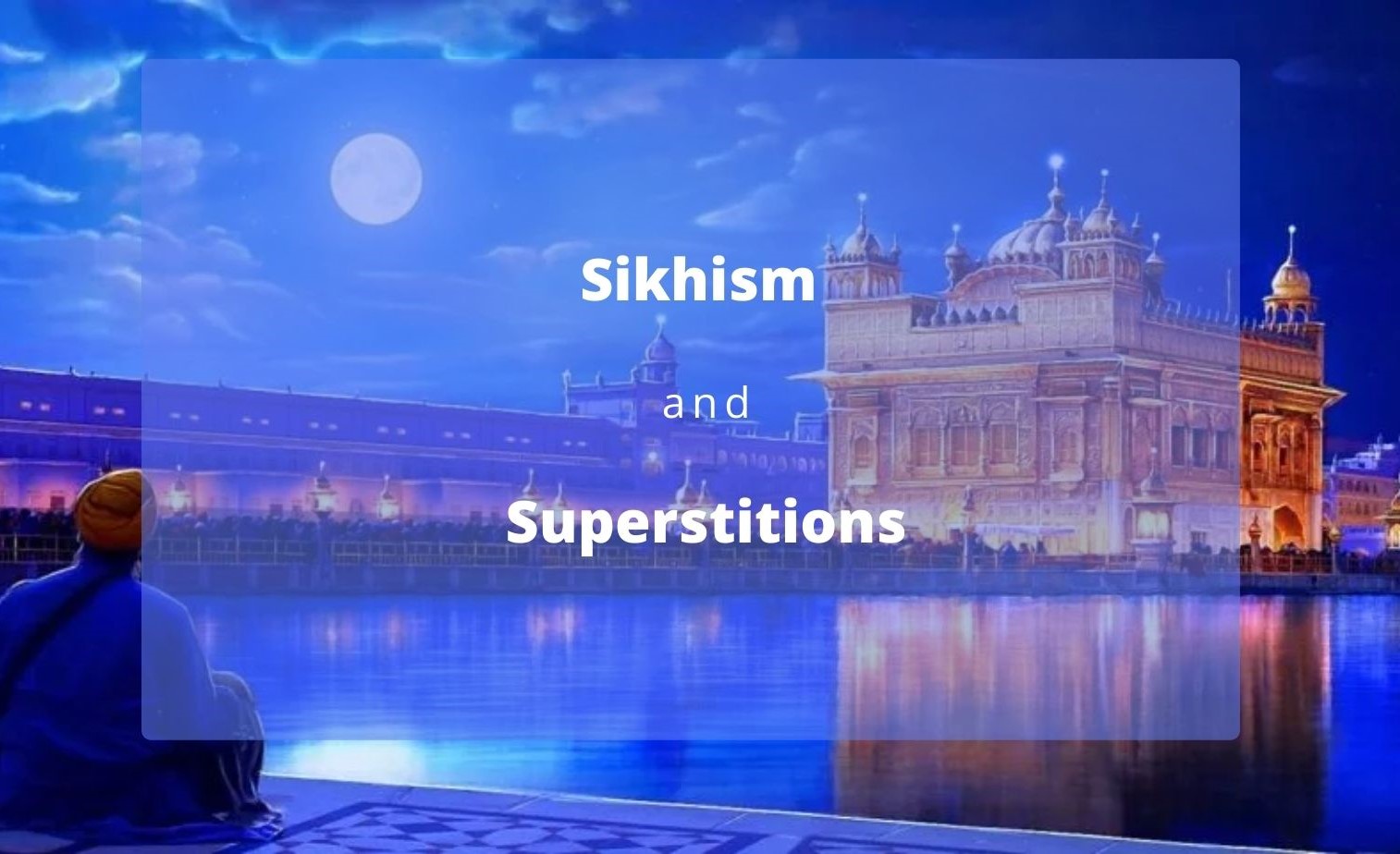 From ‘touchwood’ to a black cat crossing the road, many of us are familiar with numerous superstitious beliefs. We all know someone who practices them, and perhaps we subconsciously follow them too. For example, a widespread belief in Indian society is, of course, astrology. It has its roots in our ancient manuscripts. Today, we often see horoscopes plastered in all the mainstream newspapers, telling readers how their day is destined to pass. Superstitions draw their power from our insecurities, our uncertainties about ourselves and the world around us. They are birthed by doubt. For instance, if the early man was unable to explain some weather phenomenon, he would relate it to something supernatural. Given time, some of these belief systems can metamorphose into a religion of sorts. But more than that, they become part of our culture. They become part of our societal norms. Sikhism waged a war against those norms, the ones that stood on the pillars of blind faith.

How Sikhism Views Superstitions and Ritualism?

In essence, Sikhism was a reform movement, an effort to draw the society away from deeply entrenched superstitions. It is a religion that stood on the grounds of social justice and religious freedom. The Gurus fought against the force of tyrants, to end human oppression irrespective of caste or creed of the person, and worked tirelessly to unleash an era of new civil liberties for the common man.

Superstitions and ritualism were a hindrance to achieve those goals. The rituals prevalent during those times were pilgrimages, sacrifices, worship of inanimate objects, fasts, offering wealth to religious leaders and so on.

Sikhs are discouraged from pilgrimages, fasting, and ritual purification; circumcision; idol or grave worship; and compulsory wearing of the veil for women.

The Sikh Gurus argued that performing all these activities would not bring one closer to God and would not make someone a better human being.

Many of you are perhaps familiar with the story of Guru Nanak and the Sacred Thread. When Guru Ji was 9 years old, his father Mehta Kalu Ji was determined that he should be vested with “janeu” or the sacrificial thread. When all the people had gathered, the priest called Guru Sahib and began to put the sacred thread around his neck. Guru Ji stopped him and asked what the thread was for. The priest explains that it is necessary that he wears the thread. Without it, said the priest, you will be an outcast and cannot attain happiness in the next world, nor greatness in this one. Guru Ji responded—

“Make compassion the cotton, contentment the thread, modesty the knot and truth the twist.

This is the sacred thread of the soul; if you have it, then go ahead and put it on me.”

What Does the Scripture Say?

Guru Granth Sahib compares superstition to a disease that sow confusion and fear. It takes the human mind away from reality and the one true Almighty, not towards Him. The text states on p.416—

This translates as “The soul is diseased with doubt, superstition and duality.”

And finally, I would leave you to ponder about the words composed by Guru Arjan Dev Ji (Ang

"I have taken the One Formless Lord into my heart; and I humbly worship my Lord there. We neither are Hindus nor Muslims; our body and life belong to the One Supreme Being who alone is both Ram and Allah for us."