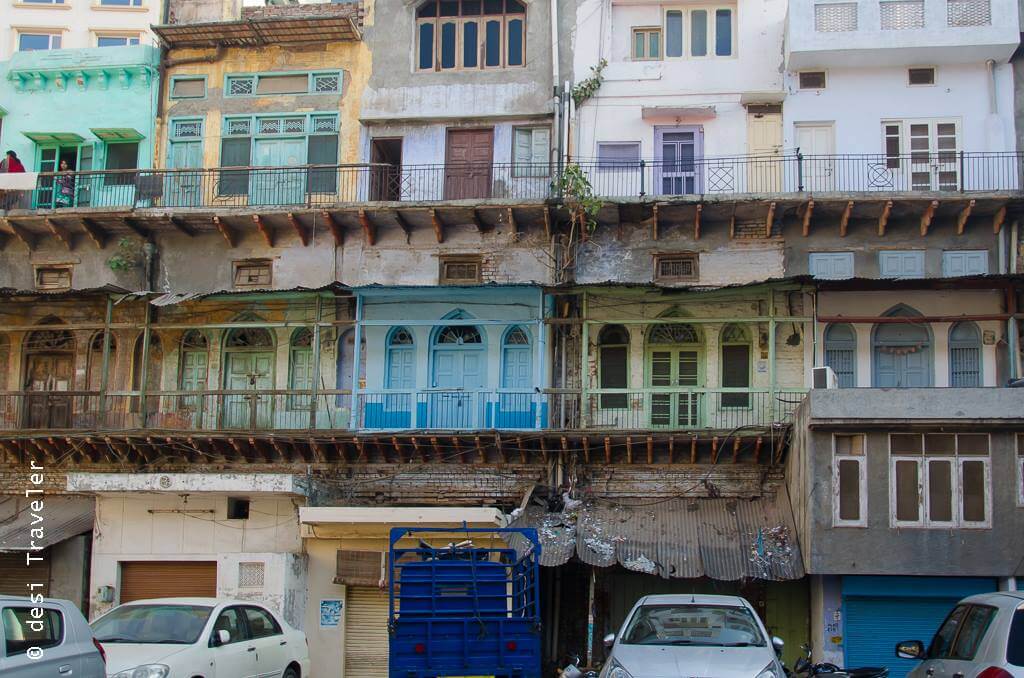 The fort building turned it into houses and shops
January 28, 2022 Editors

During the 18th Century, 12 Sikh-led sovereign states emerged in the Punjab region and they were known as Misls. They were one of the reasons for weakening of the Mughals during this era. Although there used to be disputes and territorial conflicts between them, they presented a united front in case of any outside aggression.

They built a strong Sikh Confederacy, and were used to meet biannually to discuss legislative and other issues ailing the society and their kingdoms at the time.

Creation and Evolution of Katra Ahluwalia:

One of the states was Ahluwalia Misl, led by Misldar Sardar Jassa Singh Ahluwalia. He founded the Kapurthala State in 1772. Among his lesser-known contributions is the creation of Katra Ahluwalia— a well-planned and secured residential society built near the Golden Temple. Over time, the area transformed into a central commercial market. 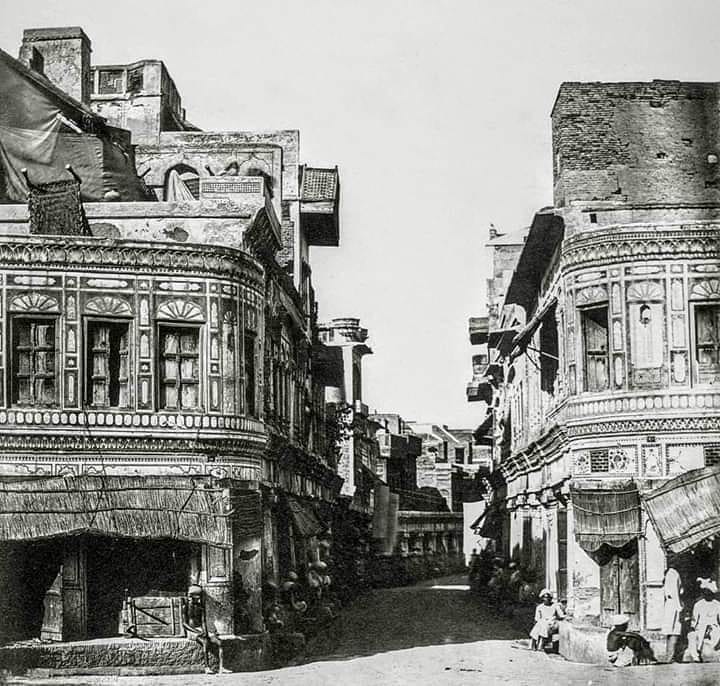 A picture of Katra Ahluwalia Amritsar in about 1860's

Historically, the Katra Ahluwalia was developed in three separate periods in the last two and a half centuries.

First Phase: Firstly, in 1760, Sardar Jassa Singh constructed the Qila (fortress) and also constructed a secured residential society within its four gates. Later, Misl Sardars used to encourage people to settle in the area by providing them with land free of cost. As a token amount, they only used to accept a tiny ball of jiggery (gur di rori) from the people in return for giving them the land. We know of it because it is recorded in the book ‘Tawarisk Sri Amritsar’, written by Giani Gian Singh (1822-1921).

But during invasion of Ahmed Shah Abdali and the resultant attack on Amritsar, many sections of the locality were destroyed. But the Misl Sardars swiftly responded. They recaptured the city, took possession of all the occupied shrines and residential areas. To strengthen the city's fortifications and for the security of historical localities within, they built several gates and military posts.

Second Phase: Maharaja Ranjit Singh wanted to diversify and strengthen Amritsar as a cultural and trading center. So it is no surprise that during his reign, he sent for Marwari businessmen from Sikar, Rajasthan to settle and trade within the city. He was hoping to change the face of the city forever. Upon arrival, the Marwari traders were granted Katra Ahluwalia as a place to set up their businesses and residences as it was one of the more secure and prime locations in the city.

Even now, the traders there trace their ancestry to Rajasthan. The unique architecture of some of the buildings here was a result of the work of many Irani or Iraqi masons who were asked to build houses in the city. 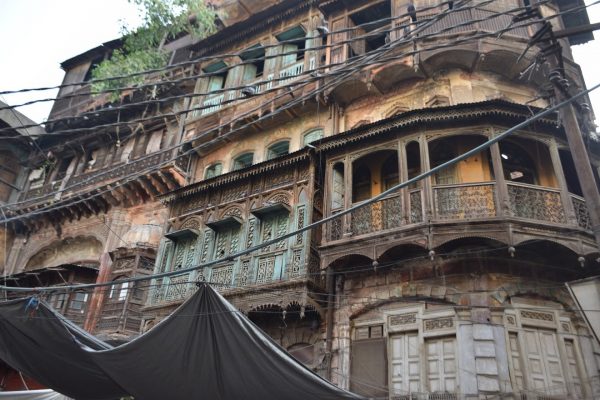 Third Phase: The British era saw the beginning of decline of Katra Ahluwalia. They were least inclined to preserve the culture there. In fact, they auctioned Qila Ahluwalia. It was bought by a businessman who later turned it into houses and shops. A major portion of traditional buildings was demolished and new ones now stood in their place. They were built on colonial architecture, with balconies and decorated shades.

Contemporary Status: The historical buildings here felt the burn of time, even more so than others because they were not actively preserved by the local authorities. Many are in a dilapidated state. Today, only a small portion of the original fort remains and it is being used as a hotel. Lately, there has been a menace of non-approved hotels in the vicinity of the Golden Temple. Owners of those illegal establishments value profit over anything else, and therefore, no attention is being paid as to how our heritage is gradually disappearing. 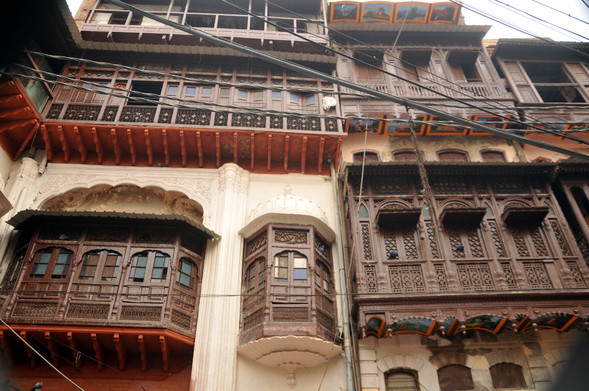 Wooden balconies of a traditional house were restored at Quilla Ahluwalia in Amritsar recently.

But all is not lost. There are still buildings where visitors can witness old wooden facades and frescos with intricately decorated balconies. The central government took notice and began a restoration project under the scheme National Heritage City Development and Augmentation Yojana (HRIDAY). The project is still underway, with the aim of giving back to Amritsar the heritage that it lost.