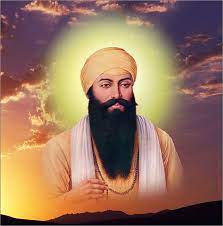 Guru Ram Das Ji remained the Guru of Sikhs for seven years, until he passed away in the year 1581. During his Guruship, he focused especially on organizing the structure of the Sikh society. He created and planned the township of Ramdaspur, which subsequently became the holy city of Sri Amritsar Sahib, the spiritual and political center of the Sikh faith till today. After founding the township, Guru ji invited and helped settle traders and craftsmen from fifty two different professions, leading to its rapid growth, and in due course the town had become the largest commercial center in the northern Indian sub-continent. This was a landmark development in the life of the Sikh community, as Guru Sahib established a central place of the Sikh faith.

In addition, Guru Ram Das Ji also introduced a new and distinct marriage code for the Sikhs, via composition of the four hymns known as Laava, and advised the Sikhs to solemnize the marriages of their children by reciting these hymns. He also composed 638 holy hymns which are registered in the sacred scripture of Sikhs,Sri Guru Granth Sahib.

Before Guru Ji passed away, he had nominated his youngest son as the next Guru of the Sikhs - Sri Guru Arjan Dev Ji.