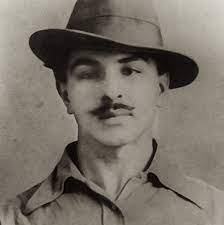 The recent comments by a member of Parliament from Punjab’s Sangrur district, Simranjit Singh Mann, ushered a political storm by calling Bhagat Singh a terrorist.

Sadly, this is not a new line of thought.

Those who follow the developments in Punjab would know that two undercurrents run through the society at large, especially in the state’s political scene. The first is based on the divisive idea that people of a different religion should have different sovereign state— the very idea that had sowed religious animosity in the undivided India before our Independence. Our forbearers have borne the brunt of that; and I dare to say that some scars are still fresh. The second has nothing to do with religion, but everything to do with social justice and empowering the masses. This was the ideology of Bhagat Singh.

From the very start, the Indian freedom movement had two parallel threads— the nonviolence movement led by Mahatma Gandhi and the revolutionary school of thought with leaders such as Lala Lajpat Rai, Bal Gangahar Tilak and Bipin Chandra Pal. Bhagat Singh was drawn to the latter. He was influenced by Lala Lajpat Rai and his death catapulted a series of events that changed Singh’s course of life.

But to understand his motivation into becoming a revolutionary, we must understand the historical context of the time he was living in. This was an era of unrest in Punjab, as the peasantry was hurt by government’s colonial policies and the educated youth was facing acute unemployment. There were frequent clashes with the authorities and the discriminatory policies of the British government led to a growing sense of alienation. The Jallianwala Massacre and the passing of the Rowlatt Act only added to the unease.

After the first world war, Europe was facing a reckoning of its own. Youth around the world was greatly influenced by revolutions in Russia, Italy and Ireland. Bhagat Singh was amongst them. He was intent on joining India’s revolutionary movement. And soon after came the Simon Commission, whose all-white members were touring the country to make recommendations about future constitutional reforms.

Everywhere, the Commission was greeted with black flags and protests. Lala Lajpat Rai was requested to lead one such procession in Lahore, despite government ban. Led by Superintendent of Police of Lahore, the protesters were brutally assaulted, resulting in serious injuries to Lala Lajpat Ji. He later succumbed to his injuries and died. The leader was deeply mourned across all India.

Bhagat Singh, along with Rajguru and Sukhdev, made a plan to avenge Lala Ji’s death by killing the Superintendent. But guided by a mistaken signal, they killed his subordinate Saunders instead.

Later, the government continued to suppress the workers’ freedom and introduced two legislative pieces to the same effect. Plans were made to create panic in the legislative assembly around the time the bills were to be taken up for discussion. Bhagat Singh and B.K. Dutt threw two bombs where only a few members of the Assembly were sitting, and made no attempts to escape afterwards.

A Revolutionary National Hero or A “Terrorist”?

On the surface, it may appear to a layman that the violent nature of both binds the two in some way. But a vast chasm lies between them. A terrorist uses fear and terror so that civilians would follow the same line of ideological thought that they do. But a freedom fighter, on the other hand, acts on behalf of the suppressed masses, to ensure their liberty and freedom.

Bhagat Singh squarely lies in the second category. He was a person who took a fast for 110 days, the longest in India’s freedom struggle, to secure basic rights for his fellow inmates. He was not motived by his hatred for the British, but by the vision of a socialist and equitable India. He became a legendary figure and inspiration to many; and gave a firm ideological base of India’s freedom movement.